“Our goals are not political but spiritual,” Rabbi Lazar Jr. stated. “In Simferopol and Crimea there are Jews, and they need to organize their life as a community. I have friends in the US, and in Ukraine, and they understand it. We understand that the situation in Crimea is complicated.”


In March 2014, following the takeover of Crimea by pro-Russian separatists and Russian Armed Forces, a referendum was held in the invaded area on reunification with Russia. Crimeans overwhelmingly supported joining with Russia, which promptly then annexed the area, declaring the establishment of the Republic of Crimea and Sevastopol as federal subjects of Russia.

This was done against the wishes of the Obama Administration and the EU, which responded with heavy sanctions against Russia.

“In order to dispel the darkness we need to light a candle,” Rabbi Yehezkel Lazar said, noting that it’s “impossible to break the dark with sticks.”

Asked if the world Chabad movement might not suffer repercussions from his move which cannot but be perceived as an expression of support for the Russian annexation of Crimea, Rabbi Yehezkel Lazar admitted he “hadn’t thought of that. The future is in the hands of the Almighty. We hope that everyone understands that we have no political goals […] but if there are any difficulties – we are ready, because we didn’t come here to relax but to work to help the Jews. If we wanted an easy life, we would have remained in America or Israel, where everything is good.”

The Chief Rabbi’s son and his wife have visited Crimea several times since the 2014 invasion, and each time were bombarded with requests from local Jews to establish a Chabad House there, Rabbi Yehezkel Lazar said, adding that, ultimately, the decision came from the Federation of Jewish communities of Russia.

The new rabbi believes there are as many as 15,000 Jews in Crimea, waiting for his outreach program, even though to date he has encountered only about 100. “We decided to start with Simferopol,” he said. “Then, hopefully, the FJC will deal with all of Crimea.” 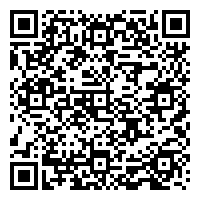