One of the largest container ships in the world, the Ever Given, which became stuck in the Suez Canal on its way to Rotterdam, Holland from Tanjung Pelepas, Malaysia, on March 23, was released from the canal’s bank and set afloat again—at least partly, early Monday morning. Traffic is expected to resume soon in the Suez Canal and bring to an end the economic damage from the world’s most expensive traffic jam.

Ever Given was fifth in a northbound convoy, with fifteen vessels behind it, when became stuck near the village of Manshiyet Rugola and blocked the canal. The ship ran aground diagonally after losing the ability to steer in the middle of a dust storm with high winds. The owner, Evergreen Marine, reported the ship “was suspected of being hit by a sudden strong wind, causing the hull to deviate from the waterway and accidentally hit the bottom.” The ship’s bow became wedged in one bank of the canal and its stern almost touched the opposite bank.


Traffic in both directions was blocked for six days, leading to a traffic jam of more than two hundred vessels.

In the end, it was the moon that saved the day (well, the night, really), with its blessed tide. Water levels rose overnight and spilled into the area where tons of mud had been excavated by tireless salvage crews from around the ship’s bow over the previous five days (and nights).

According to Bernhard Schulte Shipmanagement, the company that runs Ever Given’s operations and crew, the release effort involved 11 tugboats, several dredgers, including one suction dredger capable of extracting 2,000 cubic meters of mud per hour. High-capacity pumps were used to draw water from the ship’s ballast tanks to make it lighter.

According to the NY Times, some shipowners who were concerned that the rescue operations could take weeks ordered their vessels to go back down the Red Sea and take the long way around the southern tip of Africa. The bet against those 11 brave tugboats added several weeks to the journey and close to $30 thousand a day in fuel costs.

But Ever Given is not floating happily upstream just yet. Divers are inspecting the hull for any damage caused by the rescue before it is declared free to go. The canal will also be inspected, to make sure it provides safe passage. All in all, the convoys of hundreds of ships waiting north and south of the stuck ship will likely take a few more days to get moving. 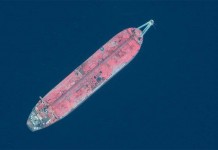 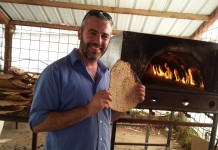 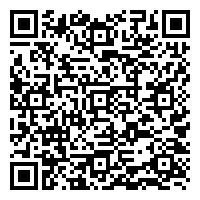