Bahraini Ambassador to the United States and non-resident Ambassador to Canada, Shaikh Abdulla bin Rashid bin Abdulla Al Khalifa, offered Passover greetings this weekend to the Jewish communities in the Gulf and those worldwide.


The Abrahamic faiths share “a bond of rich and intertwined ancestry that has lasted for thousands of years,” he said.

As we prepare to celebrate #Passover as the collective Jewish communities in the Gulf, Bahrain's Ambassador to the United States @AbdullaRAK (@BahrainEmbDC) shares this important holiday greeting with us
CC: @hnonoo75 pic.twitter.com/7GBo6TKL2t

“At this high holy time for us all. . . we three peoples all take stock in that very [intertwined] history, in those shared values, and of our own personal individual strength of faith,” the Ambassador said.

“The Abraham Accords beautifully illustrate that this stark differences between this Passover and that very first one. Like never before in history, the Jewish people need only look a few miles to see markets of opportunity, collaborators for shared challenges, and neighbors as friends – friends holding out their hands, offering unprecedented hope and opportunity,” he added. 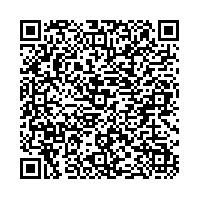