British dayanim have spoken out against charedi anti-vaxxer claims, urging congregants to be vaccinated against coronavirus.

London Beth Din dayanim Menachem Gelley and Shmuel Simons; Federation Beth Din head Rabbi Shraga Feivel Zimmerman; and Dayan Abraham David of the Sephardi Beth Din said: “Halacha obligates us to care for our health and the health of those around us.” They urged Jews who can get the vaccine “to do so upon the advice of their GP and/or personal physician.”

In response to people voicing claims that the vaccine could cause infertility and/or change a person’s DNA, former Manchester Beth Din dayan Gavriel Krausz said, “How do people speak like that? How do they know? People talk through their hats.”

The head of London’s Rosh Pinah Primary School has slammed pupils’ parents who broke Covid rules by attending a bar mitzvah celebration for around 100 guests as “selfish, irresponsible and quite frankly inexcusable.”

Jill Howson made the remarks after she discovered that 19 families had attended the simcha, to which only six guests were allowed under the then-Covid restrictions.

Jewish Care Homes May Get Vaccines Next Month

Originally, care home vaccinations were supposed to be prioritized over the vaccination of octogenarians living in their own homes. But the logistics of administering the Pfizer-BioNTech vaccine at very low temperatures have meant that the vaccines went first to GP hubs rather than to care homes.

London’s Jewish Choice care home told the online meeting that they had been informed that they might have to wait till mid-February for the jabs. But Machray said, “We will start this week in one or two care homes with a view to starting in the other care homes.”

Joyce Khan, marketing and communications director of the Fed, which runs Manchester’s largest Jewish care home, Heathlands, told The Jewish Press that she has not yet been told when vaccinations would begin.

Two British women hope to follow in the footsteps of Rabba Dina Brawer, who was rabbinically ordained at New York’s Yeshivah Maharat two years ago. 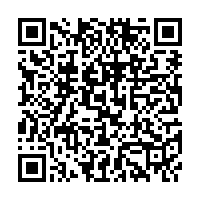