The sleeper TV hit Doc Martin is filmed in the village of Port Isaac in Cornwall County, a quiet and hospitable area if we’ve ever seen one, and yet, last February, in Helston, Cornwall County, a Muslim convert was tasered by armed police at his home after threatening to carry out an atrocity against Jewish people.

According to Cornwall Live (Muslim convert tasered at flat in Cornwall after threatening to shoot Jewish group), Adam Mark Burgoyne, 31, tried to enlist another Muslim man to help him “do something in the name of Allah,” but was rebuffed, because, as his friend said, committing atrocities against Jews was not the way of Islam.


Burgoyne appeared in Truro Crown Court for sentencing last week, after pleading guilty to sending malicious communications. He used Facebook Messenger and later his phone, to tell his acquaintance that wanted to kill Jewish people and needed a gun. Burgoyne also said that he knew where Jewish people could be found.

Before launching an atrocity one must gather intelligence, it’s the ABC of atrocities.

A rejected Burgoyne told the other Muslim, “Shame on you, when you want to rise up let me know.” He then made the mistake many first-time atrocity planners make and told the other guy he already had a gun. So the other guy alerted the police. A shouting match ensued after the cops had arrived, with Burgoyne standing by his window, holding a kitchen knife. The cops managed to taser him through the window and he came down kicking and screaming. It was an embarrassment.

Meanwhile, not very far away, in Port Isaac by the bay, ITV’s tenth and final season of Doc Martin with Martin Clunes was put on hold on account of the Corona. The shooting has been rescheduled for 2022. 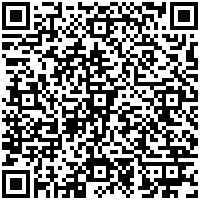