Israel is taking action to reduce greenhouse gas emissions, in accordance with its international commitment under the Climate Convention.

The Ministry of Environmental Protection introduced on Monday a comprehensive law that they hope leads to energy efficiency, expands the use of renewable energies, prepares for envisioned climate change damage, and reduces greenhouse gas emissions.


Minister of Environmental Protection Gila Gamliel published for the first time a comprehensive climate law, which includes setting national goals and establishing an independent expert committee to accompany government reporting on the issue.

In the coming days, the Ministry of Environmental Protection will publish the draft of the Climate Law to receive public comments and feedback from government partners. The comments will be considered during the drafting of the bill, and later on it will have to get the approval of the Ministerial Committee for Legislation, before it is put on the Knesset table for discussion and voting.

Now calling climate change a crisis, and claiming that the “crisis” is an undisputed fact among scientists and experts, Minister of Environmental Protection Gila Gamliel (Likud) said on Monday that “the climate crisis and the damage that results from it are an undisputed fact today among experts and scientists.”

“The Israeli Climate Law, which anchors national goals for reducing greenhouse gas emissions, deals with the adaptation required for climate change, the effects resulting from it, and its damage. Today we are protecting the public, its health, and well-being from the consequences of the climate crisis,” Gamliel stated.

“Climate crisis” is the latest term being pushed by climate change activists and progressives. 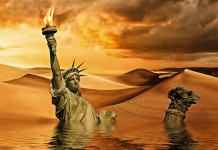 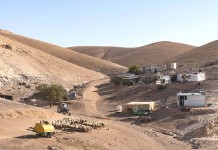