The players of Iran’s soccer team did not sing the national anthem before their game against England. According to The Guardian, this was in response to accusations from fans at home that by representing their country at the world cup games in Qatar, the players were siding with the regime’s violent crackdown on protesters. At the same time, Iranians in the stands sang the pre-revolutionary national anthem.

The Qataris banned pre-revolutionary Iranian flags from the stadium. To remind you, Iran is only a short missile flight away from the world cup host’s shore.

Before the match, the English team’s captain was told he could not wear the “One Love” armbands in solidarity with gay people. So, instead, the English took a knee during the singing of the national anthems.

Needless to say, Iran’s state television skipped the part about their players not singing the anthem, according to Reuters.

Tasnim News also ignored the opening act, reporting only that “England outclassed Iran football team 6-2 in Group B of the 2022 FIFA World Cup on Monday in Doha’s Khalifa Stadium.” Which was true, but missed something.

The NY Times noted on Tuesday that high-profile Iranians are becoming unabashed about making public gestures of support for the anti-regime protesters that have been going out every day to face the regime’s thugs since early September, at a cost so far of more than 700 civilian lives and more than 15,000 arrests. Iranian celebrities are now posting images and messages critical of the Ayatollahs on social media and attacking the strict hijab laws and the modesty police.

According to IRNA, on Sunday, Iranian actresses Hengameh Ghaziani and Katayoun Riahi were arrested after taking off their head covers and joining the protesters. The two were charged with “collusion with the intention of acting against the state security,” and “propaganda against the state.”

On Saturday, Ghaziani, 52, denounced on Instagram the government’s crackdown on young demonstrators: “How many children, teenagers and young people have you killed — is it not enough with the bloodshed? I hate you, and your historical reputation.” 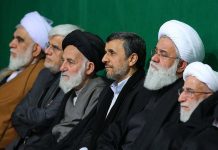 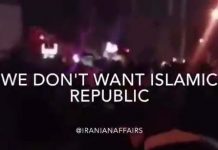