Al Quds Al Arabi on Saturday cited reliable sources in Tehran who said Iranian authorities ordered the arrest of former President Mahmoud Ahmadinejad during his visit to the city of Shiraz and that the arrest was made with the approval of Supreme Leader Ali Khamenei after his remarks had been described as inciting unrest.

The independent pan-Arab daily newspaper, published in London, learned that the authorities intended to impose house arrest on Ahmadinejad.


Two weeks ago, on the Thursday that saw the start of anti-government protests in Iran, the former president, said in a speech to a crowd of residents of the city of Bushehr in southern Iran: “Some of the current officials live away from the problems of the people and concerns, and do not know anything about the reality of society.” He added that “what Iran suffers today is mismanagement and not lack of economic resources.”

“The government of Hassan Rouhani believes that they own the land and that the people are a ignorant society that does not know anything,” Ahmadinejad said. “The people are angry at this government because of its monopoly on public wealth.”

The former president said that “Rouhani and his government team consider themselves a criterion for what’s right, and do not accept any criticism or objection directed to their performance.”

Ahmadinejad’s remarks came after an attack against him by President Hassan Rouhani earlier that Thursday, describing him as “walking the path of confrontation with the regime.”

“Highlighting the weaknesses, the transient crises and the spreading of despair among the citizens is a course of confrontation with the regime,” the Iranian president’s website quoted Rouhani as saying that Thursday, which was referring, in turn, to Khamenei’s criticism of Ahmadinejad the previous Wednesday. Both were responding to Ahmadinejad’s recent anti-government remarks.

In 2013, limited to two terms under the Iranian constitution, Ahmadinejad supported Rouhani’s opponent in the presidential race, but it was Rouhani who won and assumed office. On April 12, 2017, Ahmadinejad announced his intention to run for a third term, against the objections of the Supreme Leader. His nomination was rejected by the Guardian Council. 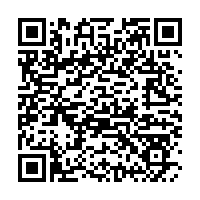