The Justice Department on Monday indicted Ahmadreza Mohammadi-Doostdar, 38, a dual US-Iranian citizen, and Majid Ghorbani, 59, an Iranian citizen, for spying for Iran on Jewish facilities and an Iranian dissident group. The indictment says in July 2017, Doostdar conducted surveillance of a Chabad House in Chicago, which included shooting images of the facility’s security features.

The Rohr Chabad at the University of Chicago and Hyde Park is run by Rabbi Yossi and Mrs. Baila Brackman.


According to the indictment, Doostdar came to the US from Iran in July 2017 to collect intelligence on facilities that belong to “enemies of the Iranian government,” including Israeli and Jewish entities the People’s Mujahedin of Iran (Mojahedin-e Khalq), an Iranian political organization in exile that advocates the violent overthrow of the current government in Iran.

Ghorbani allegedly sold Doostdar for $2,000 pictures of participants in a Mojahedin-e Khalq rally in New York he attended in September 2017. US agents found the images, accompanied by handwritten notes about the participants, in Ghorbani’s luggage when he was boarding a flight to Iran in December 2017, according to the indictment.

The Justice Department claims Ghorbani also attended an Iran Freedom Convention for Human Rights in Washington in May 2018, where he also took pictures of the speakers and people in the audience. 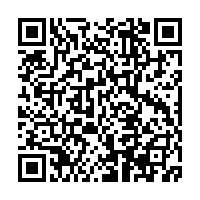