The UK major daily newspapers on Tuesday reported in huge, across-the front-page headlines that Chief Rabbi of Great Britain and Northern Ireland Ephraim Mirvis has lost faith in Labour leader Jeremy Corbyn, and said as much in an op-ed he published in The Times on Monday, titled: “What will become of Jews in Britain if Labour forms the next government?”   [Full text on Facebook]


Rabbi Mirvis declared that in his opinion Corbyn’s handling of anti-Semitism allegations makes him “unfit for high office,” and warned that the “very soul of our nation is at stake.”

Rabbi Mirvis noted that making his personal feelings public at this time “ranks among the most painful moments I have experienced since taking office.” But, he said, he was not alone, and that “the overwhelming majority of British Jews are gripped by anxiety” at the possibility that the Labour party win a majority in Parliament on December 12, the UK’s general election.

Rabbi Mirvis wrote: “The way in which the leadership of the Labour Party has dealt with anti-Jewish racism is incompatible with the British values of which we are so proud – of dignity and respect for all people. It has left many decent Labour members and parliamentarians, both Jewish and non-Jewish, ashamed of what has transpired.”

“Many members of the Jewish community can hardly believe that this is the same party that they called their political home for more than a century,” Rabbi Mirvis wrote. “It can no longer claim to be the party of equality and anti-racism. How far is too far? How complicit in prejudice would a leader of Her Majesty’s opposition have to be to be considered unfit for office? Would associations with those who have incited hatred against Jews be enough? Would describing as ‘friends’ those who endorse the murder of Jews be enough? It seems not.”

Rabbi Mirvis wrote: “The question I am now most frequently asked is: What will become of Jews and Judaism in Britain if the Labour Party forms the next government? The Jewish community has watched with incredulity as supporters of the Labour leadership have hounded parliamentarians, members and even staff out of the party for challenging anti-Jewish racism. Even as they received threats, the response of the Labour leadership was utterly inadequate.”

He then added that it was “not my place to tell any person how they should vote,” and urged the public to “vote with their conscience.”

Mike Katz, chair of the Jewish Labour Movement group, affiliated with the Labour party, told BBC the Chief Rabbi was “absolutely right” about the failure of leadership over anti-Semitism in Labour.

But Jenny Manson, co-chair of the Jewish Voice for Labour, which is not officially affiliated with Labour, told BBC she was “horrified” by the Chief Rabbi’s comments, and assured the public there was no threat to Jews in the Labour Party – the threat to Jews was actually from the far-right.

The Labour party issued a statement insisting Jeremy Corbyn is “a lifelong campaigner against anti-Semitism” who has ”made absolutely clear it has no place in our party and society and that no one who engages in it does so in his name.” 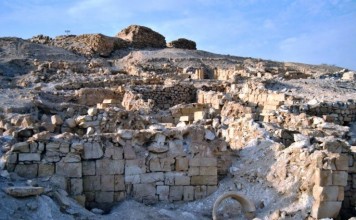 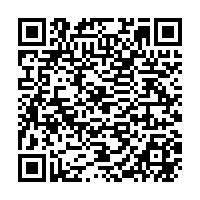