Likud Knesset member Gideon Sa’ar is losing altitude. The gambit he set in motion on Saturday night, to hold snap party primaries, expired 24 hours later when the head of the Likud Central Committee Haim Katz, a political ally of Sa’ar, fell in line with Israeli Prime Minister Benjamin Netanyahu and agreed to convene a primary election in around six weeks, after the Knesset disperses.

For close to 24 hours, Sa’ar drew the attention of the political system, prodding his adversaries and causing the media, in its typically hostile-to-Netanyahu fashion, to focus mainly on him and the tumult he was instigating within his own party. Ultimately, however, what people will mostly remember from all this was his disloyalty in the moment of truth. Until now, his rivalry with Netanyahu generally benefited Sa’ar, perhaps even amplifying his status. The question is whether he crossed the line and will lose prestige from this point forward.

The difference between Sa’ar’s proposal to hold snap primaries within the 21 days the Knesset can still produce a government, and Netanyahu’s agreement with Katz to hold primaries after the Knesset disperses in 21 days, is great. Sa’ar sought to challenge Netanyahu for the party’s leadership and to receive the president’s mandate to form the next government.

The slogan for his campaign, which he effectively launched Saturday night, was that the Netanyahu era was over because the prime minister had essentially lost the ability to form a government. Whereas as party chairman he, Sa’ar, would not only increases the odds of keeping the Likud in power but would be certain to do so, due to the fact that Blue and White leader Benny Gantz, Labor leader Amir Peretz and other Likud rivals—including, apparently Yisrael Beiteinu head Avigdor Lieberman—scorn Netanyahu on a personal level, not his party.

Hence Katz’s agreement with Netanyahu is no less than a slap in Sa’ar’s face. While the timing of the primaries he had called for would have worked in his favor—because he promised a government during a period in which Netanyahu cannot provide one—Netanyahu and Katz opted for a primary to determine who will lead the Likud in an election campaign. Not only does Netanyahu have the advantage in such a scenario, Sa’ar isn’t even a factor. There’s little doubt who Likudniks will support with a general election looming.

Netanyahu and Katz also agreed to annul the primaries to determine the party’s Knesset ticket. In this 21-day period it is important for Netanyahu to show his MKs that they have nothing to fear, so that none should feel the need to negotiate with Blue and White about defecting to save their political skins.

It’s possible this agreement will indeed hold firm until the general election, but no one should be shocked if after these 21 days, when the election campaign is sure to commence, changes will be made in this regard. 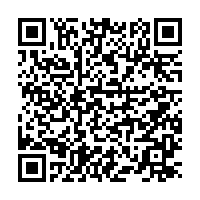