NGO Monitor has reported last week that leaked documents and an analysis of public statements from Amnesty International officials indicate that the London-based NGO whose charter is to focused on human rights abuses around the world is planning intense campaigns singling out Israel in early 2019. Said campaign will delegitimize the Jewish historical connections to Jerusalem and elsewhere in the biblical Land of Israel, as well as promote discriminatory boycotts against the Jewish State.


The list promotes causing economic damage to companies owned by Jews or doing business with Israel, synchronized with the UN blacklist, which Amnesty has been promoting intensively. Should the UN not publish its anti-Israel blacklist, the AI list would serve as an alternative.

The same AI documents seen by NGO Monitor plan a campaign to push world governments, particularly the UK, to penalize companies operating in the settlements or trading in their goods.

AI has already supported legislation in Ireland to criminalize visiting Jewish historical and holy sites, including Jerusalem’s Old City, and purchasing goods and services from Jewish businesses in eastern Jerusalem.

Amnesty International is facing heavy criticism for its clearly anti-Semitic biases. In 2018, it conducted an unprecedented large-scale analysis of abuse on Twitter that included sexism and racism against female journalists and politicians, but not anti-Semitism – this in a year when the Labour party was being skewered on an almost daily basis for some of its members’ rampant anti-Semitism.

In April 2015, Amnesty-UK rejected an initiative to “Campaign against anti-Semitism in the UK,” as well as “Lobby the UK Government to tackle the rise in anti-Semitic attacks in Britain” and “monitor anti-Semitism closely,” which happened to be the only proposed resolution that was not adopted at its Annual General Meeting.

Amnesty-UK continues to employ Kristyan Benedict, who has made multiple anti-Semitic comments (including against female Members of Parliament).

And so, as was to be expected, the so-called human rights protector will up the ante in its fight against Israel and Jews. 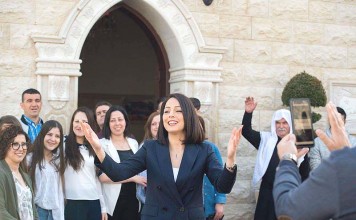 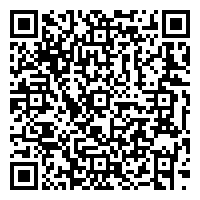