Hezbollah dispatched a squad of snipers to a location close to a U.N. post in southern Lebanon on the night of Aug. 25 before firing bullets at an IDF position in the area, fortunately failing to hit any soldiers.

At the tactical level, the fact that Hezbollah has chosen to fire from a location nearby a U.N. position hosting a Nepalese UNIFIL battalion is both cynical and callous. Either Hezbollah was using the position as a human shield—confident that the Israel Defense Forces would not fire back—or it was hoping for Israeli return fire that would result in casualties to U.N. peacekeeping personnel in an attempt to set a trap for Israel.

At the strategic level, the incident is just the kind of local attack that could have rapidly snowballed into a larger conflict had the results turned out differently.

The attack is the third by the Iranian-Hezbollah axis in the past month and the second one out of Lebanon. These incidents are part of a retaliation attempt for the reported death of a Hezbollah member killed in an alleged Israeli airstrike in Syria in July. That strike likely targeted an illicit attempt by Iran to move advanced weapons into Syria and Lebanon for future offensive use against Israel.

“Our message to Hezbollah is sharp and clear: We will continue to thwart its attempts to gain achievements,” the commander of the IDF’s Galilee Division, Brig. Gen. Shlomi Binder, said at a ceremony on Thursday.

But the IDF is prepared to go beyond defense. Hezbollah’s repeated attacks are part of a high-risk attempt to enforce its “equation” on Israel, according to which, any casualties among its operatives in Syria or Lebanon will result in “automatic” retaliation against IDF personnel.

The fact that Hezbollah is insisting on trying to enforce this equation now—as Lebanon faces multiple severe crises, including an economic meltdown, social unrest and a capital that has only begun a lengthy attempt to recover from the devastating Beirut explosions on Aug. 4—speaks volumes about Hezbollah’s priorities. For Hezbollah, its posture against Israel is far more important to it than avoiding unnecessary risks that have the potential to spiral into conflict and inflict huge harm on the region.

Israel’s prime minister and defense minister have in recent weeks issued repeated warnings about Israel’s determination to strike back hard against attacks, though it appears that Hezbollah is not fully taken such warnings on board.

An examination of the Israeli military’s response to the sniper attack on Tuesday signifies an attempt by Israel to once again exercise restraint and give Hezbollah a ladder to climb down from.

‘Our objective is not to escalate the situation’

According to the IDF spokesperson to the international press, Lt. Col. Jonathan Conricus, following the sniper attacks, the IDF responded first with defensive measures, including an artillery smokescreen that covered much of the Blue Line (Israel’s border with Lebanon), and hours later, Israeli strikes on a few Hezbollah-run observation posts along the border.

“I would emphasize that this was a very dangerous and cynical practice to deliberately locate their combat troops close to U.N. positions and then engage against the IDF, violating U.N. Resolution 1701 [which bans the presence of armed Hezbollah cells in south Lebanon] … and probably hoping for there to be U.N. casualties as a result of Israeli retaliation. The IDF is very much aware of the location of U.N. troops, and does utmost not to affect them,” said Conricus.

While Israel considers that incident to be over, it remains on elevated readiness throughout the Lebanese border, and the units it has deployed are not only about defense. The military has dispatched special firepower capabilities and maneuvered troops to the border, a sign of its readiness to take the fight to Hezbollah in case of an escalation.

On July 27, the IDF tracked a Hezbollah cell for hours as it climbed southern Lebanese steep territory and aimed to get into a position to fire on IDF soldiers on Mount Dov. The IDF deliberately missed when it fired on that threat and allowed the squad to escape. And yet, Hezbollah failed to seize the opportunity to stand down.

Conricus told journalists on Wednesday that “our objective is not to escalate the situation, but to protect our civilians, uphold sovereignty and allow hundreds of thousands of Israelis enjoying last days of summer to vacation in northern Israel.”

Still, the IDF has mounted an ongoing deployment, and is at a high level of readiness across its northern borders. It is this readiness that, on Aug. 3, enabled the IDF to spot an Iranian-backed terror cell planting explosives on the Syrian-Israeli border. The IDF killed the four members of that squad.

Ultimately, it does not appear as if Hezbollah is paying attention to the warnings coming from Israeli leadership. Neither Israel’s warnings nor Lebanon’s dire internal situation seems to prevent it from trying to enforce its equation on Israel. 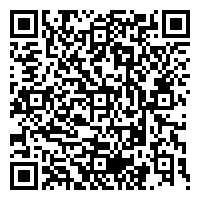