For years those engaged on the pro-Israel side of the battle for hearts and minds of American college students have watched in horror as anti-Israel forces – whether they call themselves “pro-Israel” or not – metastasized on campuses.

The Israel-demonization events, the infiltration by Israel vilifiers into what were formerly at least moderately pro-Israel institutions, and the disruptions of Israeli or pro-Israel events, were met almost always with either complicity or a hands-off response from the academic administrations, faculty, and often eventhe organized Jewish leadership on campuses.


Things were so bad that Arab Israeli journalist Khaled abu Toameh famously wrote that on his speaking tours of U.S. campuses, he found more sympathy for Hamas than he does in Ramallah.

This is how abu Toameh analyzed the ugliness spread across American academia:

What is happening on these campuses is not in the frame of freedom of speech. Instead, it is the freedom to disseminate hatred and violence. As such, we should not be surprised if the next generation of jihadists comes not from the Gaza Strip or the mountains and mosques of Pakistan and Afghanistan, but from university campuses across the U.S.

But things were beginning to look quite different in 2013.

There has been a sea change on U.S. campuses this year, carried out by those who refused to back down when false claims of Palestinian Arab victimhood or Israeli brutality were raised.

Hallelujah. So we are fortunate to be able to write a list of Top Twelve Pro-Israel Bright Lights on U.S. campuses. What follows is the first installment. Part II will run later this week.

1. Far and away the most significant example of this refusal to accept the tired meme of Israel As The-Worst-Human-Rights-Abuser -And-Biggest-Enemy-of-Peace is The Backlash to the American Studies Association’s vote to boycott Israeli Academic Institutions.  We now know that 95 universities across the United States have rejected and publicly condemned the ASA boycott of Israel.

That includes the most prestigious private schools, state schools, schools at which anti-Israel activity had been flourishing, and almost every other kind of American academic institutions. Condemnations poured in from the likes of Harvard, Princeton, Stanford, Cornell, University of Pennsylvania, Columbia, Yale, University of Chicago, Penn State, Northwestern, Goucher, as well as industry-wide associations of professors and of universities. Several schools, such as Brandeis, Penn State, Kenyon and Indiana University summarily withdrew their membership in the ASA because the boycott so clearly reflected a loss of the association’s mission, an affront to academic freedom and a discriminatory singling out of a single nation for condemnation.

2. and 3. A tie for second place goes to two relatively new leaders of at least nominally Jewish institutions, each of whom staked new ground, rejecting their predecessors’ policies for tolerating abusive positions towards Israel.

Eric Fingerhut became president and CEO of Hillel International this past summer.  For years, many Hillels across the United States have chosen an aggressively passive response to anti-Israel events on campuses, choosing to have their own quiet events instead of confronting viciously anti-Israel events filled with misinformation and lies about the Jewish State. Hillels have even welcomed some of the worst offenders into their buildings or even their own events, in the hopes of showing the enemy that they are really good people. It’s been a disaster.

This past fall the Hillel group at suburban Philadelphia’s Swarthmore College decided it would publicly challenge the pro-Israel guidelines set by Hillel International.  Students bridled against being forbidden the “right” to invite speakers who engage in “demonization, delegitimization or applying double standards to Israel,” or support the economic and legal warfare movement known as the Boycott of, Divestment from and Sanctions against Israel.  Swarthmore Hillel students voted unanimously to reject the guidelines and declare theirs an “Open Hillel.” And then they received a surprise.

With 448 out of 587 Polls Counted: Hazan, Glick, Kara, Berko Dropped from Likud List 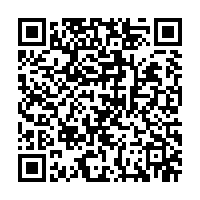