When the American Studies Association decided to spurn Israel because it disagrees with some of its policies, it should have anticipated that some of its own members might do the same and that it would be on the receiving end.

When a majority of the voting members (only one quarter of those eligible voted) of the American Studies Association voted to ratify a resolution to boycott Israeli academic institutions, elation broke out amongst the advocates of the economic warfare movement against Israel known as BDS.  BDS stands for the Boycott of, Divestment from and Sanctions against Israel.


Given the vagueness of the actual terms of the boycott (it doesn’t apply to most individual Israeli professors and it doesn’t apply to American professors who wish to teach in Israel), and of the goal it seeks to achieve (the resolution talks about ending the “Occupation,” but it cites as its inspiration a Palestinian Arab organization which sees the entire Jewish State as the occupier, not just some towns beyond an imaginary Green Line), perhaps the only thing the ASA boycott may achieve is a dissolution of the American Studies Association.

Already two universities have formally withdrawn their membership from the ASA.

The ASA boycott decision, Bronner wrote, will act to “curtail academic freedom and undermine the reputation of American Studies as a scholarly enterprise.” Bronner went further.  He said that not only will his department drop its ASA membership, he “will encourage others to do so.”

The Brandeis University American Studies Department was the second school to secede from the ASA.

Professor Stephen Whitfield has taught American Studies at Brandeis for more than forty years. He is the Max Richter Professor of American Civilization and the author of eight books dealing with the field of American Studies, along with dozens of scholarly articles, as well as ones of public interest.

The Jewish Press asked Whitfield about his department’s response to the ASA boycott. He responded by email that the vote by the ASA

defies the very purposes of the American Studies Association, which is a scholarly organization–not (as the boycott vote suggests) the conscience of humanity.  The members of the ASA are free–as citizens, as individuals–to take any position they wish on the vexing issues of the Middle East and elsewhere.  But the deepening politicization of the ASA, which ought to ensure that its members feel at home as Americanists regardless of their politics, is deeply offensive, indeed repugnant.

The statement on the Brandeis American Studies Department website announced it will discontinue its affiliation with the ASA. It condemns the boycott vote as a “politicization of the discipline,” and scolded that it was “a rebuke to the kind of open inquiry that a scholarly association should foster.”

We remain committed to the discipline of American Studies but we can no longer support an organization that has rejected two of the core principles of American culture– freedom of association and expression.

In an exchange between Penn State’s Bronner and Prof. William A. Jacobson of Cornell Law School, Bronner hinted that alternative organizations for serious scholars in the discipline who want to concentrate on American Studies rather than contemporary politics may be forming. 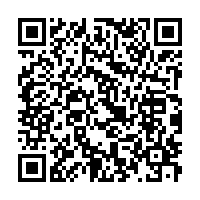