Palestinian Authority Chairman Mahmoud Abbas, whom the Obama administration has praised for not publicly avowing violence like Hamas, may visit Gaza with Turkish Prime Minister Recep Tayyip Erdogan, according to the Bethlehem-based Ma’an news agency.

“I believe if Erdogan comes to Gaza, he may accompany president Abu Mazen,” Ahmed Yousef, former senior political adviser to de facto Gaza Prime Minister Ismail Haniyeh, told the news agency hours after Prime Minister Binyamin Netanyahu apologized to Erdogan for the clash on the high seas in May 2010.


Prime Minister Netanyahu communicated to Erdogan “an apology to the Turkish people for a mistake that could lead to loss of human life.,” referring to the clash on the Mavi Mamara ship that was manned by Turkish terrorists who falsely claimed they were trying to take humanitarian aid to Gaza, where a maritime blockade is in force against terrorists.

After the clash, in which IDF commandos were brutally attacked before they overcame the terrorists, the ship was brought to Ashdod, where no humanitarian aid was found on board.

Hamas said on Friday that Erdogan told its leader supreme Hamas leader Khaled Mashaal that Israel had promised to lift the maritime blockade and the alleged “siege” on Gaza. Israel has opened up land crossing to almost all goods and merchandise except for those directly involved in terror, such as explosives.

Erdogan has stated several times in the past year he would visit Gaza, and doing so now, after Netanyahu’s apology, would be considered a swift kick in the butt in return for Israel’s exercise in appeasing Turkish anger over the deaths of nine of the terrorists in the flotilla clash.

If Abbas were to visit, it would also be a kick in pants of the Obama administration. President Barack Obama showered Abbas with praise during his visit to Ramallah last Thursday, taking pains to try to prove that Abbas, as opposed to Hamas, is a true “partner” for peace with Israel. 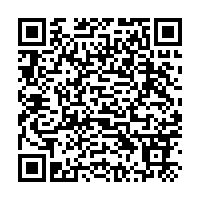