The confrontation between Israeli soldiers and Palestinian policemen last week in Hebron has left its mark on the city’s Arab residents. “If Israel tries to enter our territory again and make trouble for us, we promise to give them trouble in return,” young men in Hebron told Maariv reporter Assaf Gibor, adding: “We have a Palestinian state and we have Palestinian policemen.”

Standing in front of a cauldron of hot oil waiting for falafel balls to be dropped into it, Amar Abu Jihad, 25, was arguing with a man ten years older. “The Palestinian police showed the Israeli soldiers that we have a state,” Amar said angrily, adding: “They came in here without prior approval from the PA, and the police showed them what’s what.”

But the older man, Yusuf, waved off Amar’s argument. “You don’t know what you’re talking about, what kind of state do you have, without borders, with checkpoints and soldiers on all sides.”

Another friend intervened: “The Palestinian policemen proved that our state does have a border, and the Israeli occupiers can’t walk in here whenever they want, because if they will – they will be beaten up.”

But despite their insistence, the two younger men couldn’t to persuade the older Yusuf, who insisted: “For every one rifle that Palestinian police has, Israel has 20.”

“But you saw how the Israeli soldiers fled from here,” Abu Jihad made the conclusive argument.”You saw wow Palestinian police beat them up, and then we threw stones at them. Israel will not come back here again.”

Abu Jihad also referred to the results of Operation Pillar of Defense: “Look at what happened in Gaza, how Hamas defeated the Israeli army, and Tel Aviv received missiles on the head. Where was Israel’s Iron Dome? We have a strong Palestinian state.”

Yusuf, however, was not convinced, Assaf Gibor reported. “Stop, stop dreaming already,” he said. “There is no Palestinian state and no watermelons (an Arabic expression meaning ‘nothing’).”

In response, the two friends shouted: “You are the dreamer, you are the sleeper, wake up. There is a Palestinian state, and there are Palestinian policemen.” 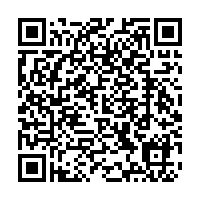