A congregant once told me that he was spending a large amount of time trying to explain Judaism to a coworker. His colleague thought that all Jewish holidays had the same theme, and he proudly summarized this theme at his family’s two-minute Seder: “They tried to kill us, Hashem saved us, we won, now let’s eat!!” He proudly bragged that this sentence was the family’s personal, abbreviated Haggadah.

While it is likely that this approach is the result of a limited year or two of early childhood Hebrew school education, indeed all of our holidays have unique messages and lessons intended to transform our lives at that specific time of year. The goal of the holidays is beyond celebrating and eating; we must delve into the meaning and symbolism and make appropriate, growth-oriented changes based upon these deep themes.

What is the miracle of Chanukah? Is it the fact that the candles miraculously stayed lit for eight days, or that we won the war that threatened our spiritual survival? Are we lighting the candles to commemorate the miracle of the oil lasting for eight days, or are we lighting in celebration of the larger miracle of Jewish spiritual survival? The tefilah of Al HaNissim, repeated many times over the eight days of Chanukah, speaks only of the miraculous war and victory of the Chashmonaim over the Greeks, of the Torah over secularism. In essence, the Greeks were a liberal, open-minded society. They desired to “enrich” Jews with their “enlightened” ways of life. Unlike the multiple genocides in the course of our history, the Greeks sought to transform us with their art, culture, and philosophy. The million dollar question: What was the secret of our spiritual survival and the Chanukah miracle? Can we, in the face of intermarriage and assimilation at the unprecedented high rates we see today, use these same techniques to survive the test of spiritual survival in our perilous times?

In last week’s Torah reading, we read about Yaakov leaving the security of his home and parents to face an uncertain future. He essentially left everything he had in the physical world and ran away from his brother, with the goal of surviving and hopefully finding his destined marriage partner. It must have been very difficult for him to take this journey without a GPS and companionship.

At the same time, we are currently witnessing so many of our brothers being forced out of their homes for various reasons. We saw thousands running away from the flood waters of Hurricane Sandy in search of safety, heat, electricity and a dry roof over their heads. We witnessed thousands of Israelis running from their homes in search of a safe haven from deadly missiles.

In the safety of my dry home, surrounded by the blessings of my family, it is challenging to understand the experience of those who must flee from comfortable surroundings to an uncertain future. Even while I davened for those in distress, I could not fully relate to experiences I have not had. We all have our individual challenges, and it is comforting to know that Klal Yisroel is there for us with tefillos and assistance. It is a very special feeling to know in our time of need we are not ever truly alone.

The Bais Halevi provides three reasons for leaving our homes to go to another location. One is running away from someone or someplace. The missiles in Israel and the hurricane evacuations are examples of those running away from where they were to secure locations. The second is leaving because we have to go to another place for various reasons. In this case, the crucial element is not the original location but the ultimate goal we are running towards. Sometimes we are running to new exciting opportunities, but often enough we are running to fulfill obligations we would prefer not to deal with. In this second type of departure, we would usually prefer to remain in our current, comfortable locations (e.g., home) than to go to where we must be (e.g., work or a meeting). Yaakov’s departure fell into a third category, which is a combination of the first two categories. He was commanded by his mother to run away from Eisav and save his life, and he was directed by his father to go to Lavan’s home to find a suitable spouse.

Running towards things out of sense of being forced or obliged is generally not conducive to growth. The Steipler Gaon commented that it is not good for a child’s long-term growth when he or she goes to school because it’s a must; then school is a punishment and an obligation. I have tremendous appreciation to my children’s rabbeim and teachers when they are happy and enthusiastic about going to yeshiva to learn. Many of us, when going to shul, say “I have to go daven.” The compulsory prayer becomes a chore and a burden instead of the exciting experience of speaking directly to our Creator who can actually fulfill all our needs! We run away from prayer by taking our tefillin off early to answer a call or e-mail or to make it to work on time, but we rarely run to prayer with the same excitement.

We can determine the measure of a man by observing the things that excite him, what he runs toward. We are rewarded for running to a mitzvah and even for running to shul. In fact, in some instances on Erev Shabbos or Purim, we may be so involved with running to a mitzvah that we would be exempt if we cause damage along the way! A chassid of Rav Levi Yitzchok of Berditchev was seen quickly removing his tefillin before davening was over. Rav Levi Yitzchok asked him to where he was running. The chassid answered that it was market day and he needed to hurry so he could earn a living. Rav Levi Yitzchok responded that, while he knew the chassid had to go to work, he was concerned that if he runs without thinking about where he is going he may end up in the wrong place and doing the wrong things.

We live in a country where we are blessed with an abundance of freedom. There are so many forces and things competing for our time and energy that it is often challenging to prioritize and focus on what truly matters. Ultimately, whatever we choose to do will only endure and become spiritually incorporated if it has meaning and results in my personal growth and self improvement. That is the litmus test for whether any activity in which I am engaged is helping to fulfill my purpose in this world. Every pursuit should be evaluated with the following questions: Is there long lasting meaning to my current actions, and will successfully doing this action cause me to grow and positively change?

Most people are attracted to things that make them feel good and have meaning. When our actions are not just due to tradition and rote, but rather lead to growth and give our life meaning, others will be drawn to a deeper, more meaningful Torah life. It starts with us. Torah sells itself – we just have to ask ourselves whether our Torah shines with meaning in a way that inspires others to emulate us.

An engaged couple, wishing to begin keeping Shabbos in their new home, once asked me to enumerate all the things that they could not do on Shabbos. I told them to begin with kiddush on Friday night and have a beautiful meal, replete with song and divrei Torah. Confused, they commented that those things were permissible. I explained that it is important to emphasize the meaningful things we can and should do, rather than on those we cannot.

Since the new Daf Yomi cycle began, I have held a shiur via conference call at 10 p.m. every night. Initially expecting only a handful of congregants to participate, I am delighted that six weeks later we have a group of more than twenty people doing the Daf for the first time. I am inspired by the dedication of those who put in long hours at work and still stay up to study every night. I am inspired by those who don’t have a strong yeshiva background and find the Gemara study difficult, yet they plug away! I am inspired by the commitment of their family members who allow them to direct their attention elsewhere and tie up the phone line, every night.

It is a guarantee that the more effort we expend, the greater the reward. To these heroes who plug away night after night, the gain of learning one page of Gemara energizes them to learn yet another the next day. This Chanukah, when we shine the lights of the menorah in the windows of our homes, we must also open our lives to show others the beautiful light of Torah. By maintaining Torah as an alive and vibrant force we can replicate the success of the Chashmonaim. 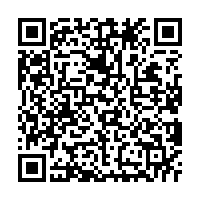