An archive containing nearly 70,000 Palestinian citizenship requests submitted to the British Mandate between 1937 and 1947 has been digitized and was made public Thursday. Many of the requests were filed by Jews fleeing from Europe fleeing the Nazis during World War Two.

The digitization of the archive was a joint venture between the Israeli State Archives and MyHeritage – a high-tech Israeli firm which specializes in gene pools and family trees, allowing users to locate long lost relatives.

Among those who applied for citizenship were some individuals who went on to become prominent figures in Israeli history, including former Israeli President Shimon Peres, who at the time of his application was known as Shimel Perski; radio broadcaster Dahn Ben-Amotz and photographer David Rubinger. Peres’ application included a request to legally change his name to Shimon.

Each request consisted of 15-20 pages, and included the names and birthdates of every applicant’s immediate family members. The total sum of names included in the archive is roughly 206,000.

The applicants were also required to enclose two letters of recommendation by Palestinian citizens endorsing their requests. Among those endorsing requests were prominent Zionist figures such as former Prime Minister Golda Meir and David Florentin, a Greek Jew who founded the eponymous Florentin neighborhood in Tel Aviv.

“After extensive digitization and indexing, we are proud to add and grant access to one of the most significant historical collections of archives in the history of the state,” said MyHeritage CEO and founder Gilad Yefet, adding that “Many Israelis, as well as Jews living all over the world with relatives in Israel, will be able to use these archives to find documentation and pictures of their loved ones, and to discover new and exciting details about them.” 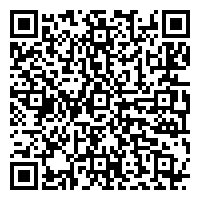