The IDF killed at least two Hamas terrorists and wounded two others in a clash in Gaza Thursday night when the soldiers came under a mortar shelling attack while destroying a terror tunnel in a combined aerial and land maneuver .

Hamas and the IDF are engaged in heavy fighting.

An IDF spokeswoman told The Jewish Press, “Pinpoint activity is taking place at this moment on a terror tunnel that was exposed October 7.” The tunnel was built over a distance of more than  mile and was dug more than 50 feet underground, leading to a Jewish community for an apparent kidnap maneuver or a large-scale terrorist attack.

Hamas has been heating up the Gaza front the past month, planting bombs along the patrol road at the security fence. Alert soldiers last week prevented what could have been a major attack when they discovered a bomb prepared to blow up an army vehicle. Sappers neutralized the device.

Terrorists also have engaged in occasional mortal shelling on the Gaza Belt area. The shells usually fall in open areas and cause no injuries or property damage.

It is a form of Russian roulette, because it only is a matter of time before one of the shells explodes where there are civilians or soldiers.

Thursday night’s mortar shelling attack hit the area of Kissufim, which was the focus of mass demonstrations seven years against the expulsion of Jews from Gush Katif and northern Gaza and the withdrawal of all soldiers from Gaza.

The Sharon government said at the time that the expulsion and withdrawal would guarantee safety to southern Israel.

Since then, more than 10,000 rockets, missiles and mortar shells have rained on Israel, from the Gaza Belt communities to Tel Aviv and Jerusalem.

Hundreds of Israel have been wounded, several have been killed, and tens of thousands still suffer from trauma following what were often daily attacks.

The IDF and the Netanyahu government have boasted the past several months that there has been relative calm, but occasional mortar shelling and Kassam rocket fire still take place, usually falling in open areas without causing injuries or damage.

The IDF routinely bombed an isolated terror tunnel or weapons storehouse after almost every attack, always stating, “The IDF will defend the citizens of the country.”

No one believes that anymore because it is a broken record that has been played for years with so many scratches that the needle is worn out.

Earlier this week, the IDF decided to leave the Gaza Belt communities without any army guards, figuring that everything is now quiet. 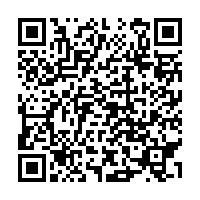