The IDF certainly is the most exceptional army in the world, but sometimes it really goes overboard.

The army has distributed a video, seen below, that explains how soldiers handle demonstrations every Friday, the Muslim Sabbath, when apparently it is a big mitzvah to throw rocks at the heads of Israeli soldiers.


Rock throwing is common in Judea and Samaria, and along with Molotov cocktails and booby-trapped tire throwing, is a terror act that comes under the definition of “popular terror,” military spokesmen explain.

The attacks are too undramatic for the media establishment to report them, let alone describe them as terror – unless they kill someone. That happens once in a while.

The rock-throwers are not just trying to break a window. They want to cause the driver to lose control and crash, hopefully – in their eyes – a fatal crash.

That is what happened in September 2011 when a rock smashed into the car of Asher Palmer, hitting him and causing him to spin out of control and into a guardrail near Kiryat Arba. He and his two-year-old son were killed.

Last March, Adva Biton was driving with her three daughters on her way home near Ariel in Samaria when an Arab youth – a minor – threw rocks at the truck in front of her car. The truck stopped suddenly and Adva did not have time to react. She collided directly with the truck. Adva’s five- and four-year-old daughters were slightly injured, but her three-year-old remains in the hospital until today, and requires the constant presence of Adva or her husband.

Besides the more than 2,400 rock-throwing attacks last year, there are the protests every Friday, gleefully filmed by leftists who edit out that rock-throwing and only show those mean IDF soldiers firing tear gas to disperse the mob instead of turning the other cheek, where a rock more than once has broken a few jaws.

Of course, the soldiers simply could leave and go home and allow the Arabs to find other targets, like the hundreds of thousands of Jews living in Judea and Samaria. As long as the government doesn’t decide to expel any more Jews, the IDF is staying put.

They are very nice about it. They do not want to incite Arabs, but their polite behavior is most certainly seen by protesters as a sign of weakness and the ultimate incitement.

As Captain Naveh Pepper explained, “Our mission is not to educate or to stir up tensions, but to protect the civilians who are present. If we were to act violently, it would only make the situation even tenser, which is the opposite of what we want.”

“Good morning, the people of Kadum,” says the officer. “We ask you today not to choose violence.”

While the “people of Kadum” burn  tires and arm themselves rock rocks and boulders, the office continues, “It is ok to demonstrate,, but it is not ok to use violence.”

Sure. Arab protesters definitely would take that to heart and conduct themselves in a civil manner, looking to Martin Luther King as a role model, but for some strange reason, they don’t.

“We ask you to stop throwing stones,” pleads the officer.

After a barrage  of rock-throwing, IDF vehicles enter the village, and the officer resumes his role of a diplomat that would put John Kerry to shame. “We came in because you threw stones,” he explains. You injured one of our officers.”

The IDF then shot rubber bullets, and the rioters threw more rocks.

“We ask you to stop,” the officer pleaded again. 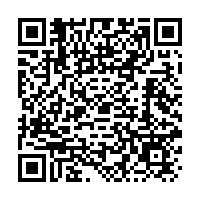