Iran announced on Monday it has manufactured a new unmanned aerial vehicle (UAV) that can reach Israel and can carry two 330-pound bombs.

That really sounds scary. It conjures up a scene of a drone infiltrating Israel with two small nuclear bombs that can annihilate the country and bring an Islamic peace to the world. The threat, of course, is intended to strike fear into the hearts of Washington and Jerusalem, who now are expected to shiver in their boots and say “yes” to whatever Iran wants.


There is no proof that this new drone does not exist. Nor is there proof that is does exist.

Let’s assume for a minute the “Fotros” drone really does have a range of 620 miles.

Dr. Eldad Pardo, a Hebrew University expert on Iran, told The Jewish Press Monday, “It is one thing to make a drone that can reach Israel, but it is another thing to have the technological capability to do something with it.”

While not pooh-poohing Iran’s technological ability, Dr. Pardo said a drone needs highly sophisticated electronic systems to be able to do any damage.

He noted, “The drone looks very similar to others. We will have to wait for a few days and see if anyone notices something that would indicate it is a ruse.”

Iran bragged that the new drone “is equipped with state-of-the-art light cameras for reconnaissance.”

Its official media stated, “In recent years, Iran has made great achievements in its defense sector and has attained self-sufficiency in producing essential military equipment and systems.”

Dr. Pardo pointed out that Iran also is capable of using Photoshop.

Let’s take a look at some of Iran’s amazing achievements, some of which have been announced one after the other in the past three years.

Most of the regime’s announcements came at a convenient time when it was necessary to counter Israeli and Israeli threats.

Last month, Iran unveiled a supposed suicide combat drone. It did not take long for even amateurs to notice that the nose and tail appeared to be held together by duct tape.

Last January, Iran said it sent a monkey into space but provided no details of when and where the launch took place, if it ever did.

“Before” and “after” flight pictures clearly showed different monkeys. Iran’s Propaganda Ministry quickly came up with an explanation. Someone in its media department simply mixed up a picture of a monkey two years, ago.

How’s that for quick thinking?

Two years ago, Iran claimed it launched a rocket with a mouse, a turtle and worms. Nothing has been heard about that achievement since then, but it would be interesting to know how everyone got along during the ride.

Dr. Pardo said that last November, Iran boasted of a UAV that had the capacity to take off vertically, “but they took the picture from a journal,” he told The Jewish Press. The image of the supposed vertical take-off drone the image looks almost identical to a picture of a drone from a university in Japan.

This past February, Iran released photos of a brand-new stealth fighter, a remarkable feat – until it became clear that it  was only three-quarters of the size of a plane. Furthermore, a photo showed the “stealth fighter” flying over a mountain at the same angle of a stock photo.

In 2008, the media arm of Iran’s Revolutionary Guards released a photo of four missiles being launched. It was an amazing accomplishment. One of the rockets, including its exhaust trail, was exactly like another one of the rockets. If its rocket-producing capability is like its Photoshop capability, Iran really needs a new Propaganda Minister.

In November 2011, Iranian media announced is added two new submarines to its fleet. The following month, the official Fars (or is it Farce?) News Agency reported, “ The Iranian Navy plans to test-fire a mid-range surface-to-air missile,…  the first time that such a missile is launched from navy vessels.”

The same month – it seems the Propaganda Ministry was working overtime – Iranian Defense Minister Brigadier General Ahmad Vahidi “announced Iran’s high capabilities in building UAVs, and said the country is mass-producing new types of combat drones.” Fars reported. He also said Iran has “already produced several types of combat drones, as well, and we are now mass-producing a number of them.” 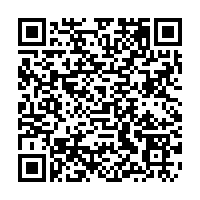