The first day of a US military strike on Iran will result in a massive 30,000 casualties of American soldiers on the first day after the attack, according to Iran’s Former Minister of Culture and Islamic Guidance.

In a report by Iran’s Mehr News, Mohammed Hussein Saffar Harandi said that though sanctions have taken their toll, the US fears Iranian reprisals if it chooses to conduct a military operation to halt Tehran’s nuclear program.


Harandi said the US is well aware that Iran can hit targets within 2500km of its borders. 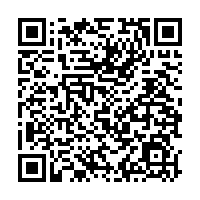