On Monday, the Jerusalem District Attorney indicted former chief rabbi, Rabbi Eliyahu Bakshi Doron, over his involvement in “Parashat Harabbanim” (Rabbigate), Srugim reports. In recent years, several rabbis have been indicted for allegedly issuing false ordination certificates to some 1,500 military and police officials, allowing them to fraudulently collect hundreds of millions from the state in improved pay.

The indictment refers to the activities of Rabbi Bakshi Doron during his tenure as chief rabbi, from 1993 to 2003. At that time, the security forces allowed police and IDF officers and NCOs to receive a salary increase if they could produce a certificate of rabbinic ordination.

As a result, during the years 1999-2003 private classes for pay were being offered to security professionals, with the goal of enabling participants to get after their graduation a certificate from the Chief Rabbinate, recognizing them as “ordained for rabbinic service.” These classes were run in many cases by prominent rabbis in positions of seniority in Israel’s rabbinic establishment.

Rabbi Bakshi Doron has been interrogated once, in 2007, with a warning, but ultimately it was decided his degree of involvement in the case did not merit an indictment. The decision to renew the investigation in the case came after the rabbi gave a new version of the facts in a court appearance which contradicted an earlier version he had given during his police interrogation.

The prosecution stated that Rabbi Bakshi Doron is suspected of instructing the director of certification exams in the Chief Rabbinate to issue certificates of high religious education, to complement the for-pay ordination classes.

Rabbi Bakshi Doron did so, apparently, despite that he was critical of issuing these documents to security personnel, and even though he allegedly knew that the students sought the documents only for economic ends. 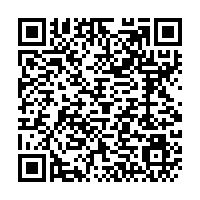