Russian citizens abroad will be able to cast their ballot in the March 18, 2018 presidential election, according to the Russian Foreign Ministry. The Russian government will set up 378 polling stations in 145 countries worldwide for this purpose.

According to the spokeswoman, 146,000 Israeli citizens of Russian extraction and other holders of Russian passports living in Israel will be eligible to vote.

“This year, the authorities of Latvia and Estonia did not permit us to increase the number of polling stations,” Zakharova said, “nor to vote outside polling stations. This will complicate the election for many voters.”

She said that in order to help the situation in those two countries, the vote there will be held in two days, on March 17 and 18.

“The US administration’s closure of the Russian Consulate General in San Francisco has, undoubtedly, complicated our work there,” she noted, which is why Russians in the US will also get a second, early vote date.

According to the All-Russia Public Opinion Research Center, as many as 79.3% of respondents to its survey said they were planning to vote in this year’s presidential election.

The candidates in the upcoming election will start their TV and radio debates on Monday, February 26. The seven candidates qualified to participate in public debates are Sergei Baburin (Russian All-People’s Union), CEO of Lenin State Farm agricultural company Pavel Grudinin (nominated by the Communist Party of Russia), Vladimir Zhirinovsky (leader of the Liberal Democratic Party of Russia), TV host and journalist Ksenia Sobchak (nominated by the Civil Initiative party), Suraikin Maxim (Communists of Russia), business ombudsman and head of the Party of Growth Boris Titov and Grigory Yavlinsky, a co-founder of the Yabloko Party.

Oh, and Vladimir Putin of the United Russia party, who has been ruling Russia since becoming Prime Minister in 1999. So far, Putin has been the PM, Acting President, President, PM, and President. For his next job, he would like to be President. 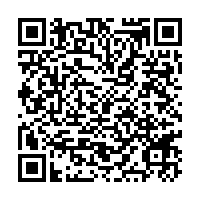