Azerbaijani Foreign Minister Jeyhun Bayramov recently stated that Armenia had not provided his country with all the landmine maps in the Karabakh region.

The 2020 Nagorno-Karabakh war was waged between Azerbaijan and Armenia, and a ceasefire agreement was signed ending all hostilities on November 10, 2020.


According to military experts from both Azerbaijan and Armenia, the ground in those areas is covered with “carpets of landmines.” In July 2021, Azerbaijan handed over 15 detained Armenian soldiers in exchange for maps detailing the location of around 92,000 anti-tank and anti-personnel mines in the newly acquired districts. But on August 14, Azerbaijan’s President Ilham Aliyev claimed that the maps provided by Armenia were only 25% accurate.

“This greatly slows down the process of demining and restoration and this is a great barrier for formerly internally displaced people returning to their native land,” Minister Bayramov stated, adding: “Since the signing of the trilateral statement, several hundred Azerbaijani civilians have been killed or severely injured as a result of landmines planted by Armenia.”

Ayoob Kara, who served as Israel’s Communications Minister in Benjamin Netanyahu’s government, told the Jewish Press: “It’s very disappointing that Armenia has not done this. Everyone supports a resolution to the conflict between Armenia and Azerbaijan. The Armenians must understand that human life has a high value. So long as Armenia does not do this, innocent people die for nothing. We must ensure that people aren’t killed by landmines. This is a bad Armenian policy. A solution must be found.”

Ambassador for Peace Dr. Alexsander Shapiro Suliman explained: “Thanks only to President Vladimir Putin, the two sides met in Sochi. There, the President brought both sides to the table and demanded that they end the conflict.”

“Azerbaijan did not start the conflict,” Suliman stated. “It was Armenia who started the conflict. The Azerbaijanis want to make peace, yet this is how they are being repaid.”

Landmine Monitor 2021 reported that the number of landmine victims around the world rose by 20% in 2020, and noted a “strong indication” of landmine use in the 2020 Karabakh War. In Azerbaijan, 70% of the internally displaced refugees want to return to their homes, yet Al Jazeera predicts that it would take 10 years to rid the area of landmines unless all the maps are handed over.

According to Ambassador Suliman, “Azerbaijan won back lands that belonged to them under international law. Today, the Azerbaijanis have managed to build something that the Armenians have not done in 30 years.” Nevertheless, the fact that the landmine maps have not been fully disclosed yet casts a dark shadow over the prospect for peace between the two nations.

Azerbaijan’s Foreign Minister noted that aside from the landmine maps issue, Armenia has not withdrawn all of its soldiers from Azerbaijani territory, stressing that this obstacle to opening up transportation routes to western and eastern Asia has to be eliminated. According to him, allowing his country to expand continent-wide transportation would serve as “a very important confidence-building measure before normalizing the post-Karabakh war situation.”

“It would also bring enormous economic benefit to all sides,” Foreign Minister Bayramov added, “It will contribute to the development of cooperation and create unprecedented opportunities for the entire region.”

Editor-in-Chief of National Defense Magazine Igor Korotchenko noted recently that during the recent summit in Sochi, President Vladimir Putin told Armenian Prime Minister Nikol Pashinyan that the two sides in the conflict should create transport corridors, restore the routes, and launch the process of demarking the borders, rather than engage in such obstructionist policies.

“Armenia, a member of the Collective Security Treaty Organization (CSTO), has found itself in complete military-political isolation,” putin warned Pashinyan, noting that “Both the CSTO itself and its member states do not intend to encourage Armenian military adventures and provocations.” 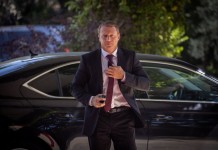 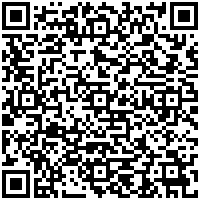