Israel’s Health Ministry and Israel Police reported that on Wednesday, 23 people were caught on their way to New York from Ben Gurion International Airport with fake Corona tests.

Following a suspicion raised by United Airlines, a dialogue was established with health ministry representatives at Ben Gurion Airport, and indeed the tests were found to be fake. The passengers were immediately taken off the flight, and detained for police interrogation, then released on bail, fined (NIS 5,000 each, that’s $1,550) each, and their details were given to the US authorities. Israeli authorities are reportedly looking for additional means of punishment – we vote for tar and feathers.

According to the Health Ministry and the police, every single day an average of 15 people have been caught with fake corona tests at the airport, which means that every single day verified carriers come to the Airport, break the law, get fined $1,550, and are sent to quarantine. We did the math: that’s $162,750 in fines over a week.

In more Corona news: on Thursday, the Border Police canceled all vacations and days off starting Sunday – the IDF is expected to follow suit. At the same time, the Home Front Command will participate in conducting tests for schoolchildren and establish two military Corona wards in two hospitals.

A senior Home Front Command official told Reshet Bet radio on Thursday: “I find all these mass events like the pilgrimage to Uman disturbing. It’s very important to monitor those who return from abroad and do tests.” Assuming Breslover Chassidim don’t submit fake Corona tests.

The same senior official is also disturbed by the dramatic increase in infections in the IDF, which doubled in the past week and now stand at about 1,000 patients.

On Wednesday, there were 5,946 new verified Corona cases in Israel, based on 131,456 tests. As of Thursday morning, there were 421 patients in critical condition, out of whom 65 were on respirators. 6,593 have died from the virus in Israel since the outbreak of the pandemic. 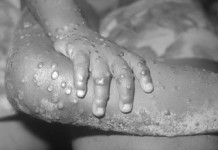 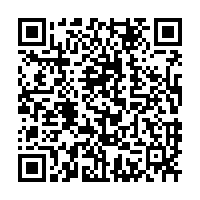