White House spokeswoman Jen Psaki said: “President Biden looks forward to welcoming Israeli President Reuven Rivlin to the White House on June 28, 2021. President Rivlin’s visit will highlight the enduring partnership between the United States and Israel and the deep ties between our governments and our people. It will be an opportunity to consult about the many challenges and opportunities facing the region.”


Rivlin, Israel’s tenth president, will leave office on July 27, after seven years in office. He will be replaced by President-elect Isaac Herzog, number 11.

The presidential term used to be five years, with an option for a second term. But in 1998, the Knesset changed the law and since then each president serves only a single term of seven years.

Rivlin will be just one month short of 82 when he leaves office, a full three years older than his American host.

Psaki noted that “President Rivlin approaches the end of his term, this visit will honor the dedication he has shown to strengthening the friendship between the two countries over the course of many years.”

Out of Israel’s first ten presidents, two were Sephardim and eight Ashkenazim. President Herzog (II) will extend the Ashkenazi list to nine. No woman has ever held the office.

The powers of the President of Israel are generally compared to those of heads of state in Western democracies, such as the British queen. But unlike most presidents in parliamentary republics, the President of Israel is not even the nominal chief executive. Basic Law: The Government explicitly vests executive power in the Government. Presidential powers are usually exercised based on the recommendation of appropriate government ministers.

The president’s most important role is to lead the process of forming a government. After each election, the president consults with party leaders to determine who is most likely to command a majority in the Knesset and assigns them the job.

The president signs every law (except those that pertain to the president’s powers) and international or bilateral treaties approved by the Knesset.

The president endorses the credentials of ambassadors and receives the credentials of foreign diplomats, appoints the Governor of the Bank of Israel, the State Comptroller upon recommendation of the Knesset House Committee, members of the Council on Higher Education, the National Academy of Science, the Broadcasting Authority, the Authority to Rehabilitate Prisoners, the Chief Rabbinical Council, the Wolf Foundation, the president of Magen David Adom, the president of the Israel Academy of Sciences and Humanities, and ceremonially appoints the Prime Minister.

The president also has the power to pardon or commute the sentences of both soldiers and civilians, and ceremonially appoints judges to courts, including the Supreme Court, after appointment by the Judicial Selection Committee.

The president must give consent to the dissolution of the Knesset at the request of the Prime Minister when the government has lost its majority and can therefore no longer function effectively. 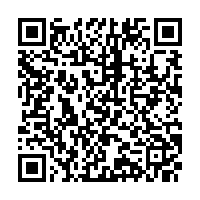