After decades in which Israel has been suffering defeat after defeat at the international arena, Prime Minister Benjamin Netanyahu wants to launch a fund that would invest $50 million in countries that support Israel, Channel 2 News reported Wednesday.

The new launch comes following Guatemala’s vote against the anti-US, anti-Israel vote at the UN Assembly last week. Guatemala, which enjoys broad US foreign aid and a good commercial relations with Israel, not only was numbered among the nine states who voted against the resolution that condemned President Trump’s recognition of Jerusalem as Israel’s capital – the central American country also announced its plan to move its embassy to Jerusalem.


PM Netanyahu recognized the potential of flipping more needy, third-world countries to the side of the angels by helping them financially. The initiative, dubbed Fifty over Fifty, will set up a $50 million fund to be distributed in the form of aid packages—in agriculture, water desalination, leadership development or technology, among deserving countries who vote “the right way” at the UN and in other world organizations.

Israel’s Foreign Ministry has already developed a list of developing countries in Eastern Europe and Asia, to be included in the next government budget negotiations. According to the PM’s office, 50 million is small change considering the return on the investment. Netanyahu is reported to be convinced the new fund’s effect could be felt as early as a decade from now, stressing that in our brave, new world the language of self-interest is spoken. 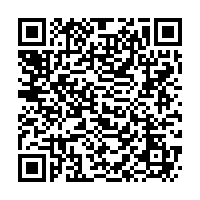