This weekend the ancient Samaritan community gathered to slaughter and sacrifice sheep in observance of God’s miraculous rescue of His People from slavery in Egypt, and their journey through the desert to freedom.


The entire sect, which claims direct descent from the tribes of Ephraim and Menashe, numbers less than 1,000 at this point. They live atop Mount Gerizim in Samaria, and in Holon along the coast.

It is atop Mount Gerizim they believe Avraham was stopped by an angel from slaughtering his son Yitzhak, and not in Jerusalem.

On this weekend Jews mark Pesach Sheni, the second Passover, observed by those who were ritually impure and thus unable to prepare the Passover offering during the first holiday.

Samaritan elders dressed all in white are led by the high priest in special prayers as each man hold the family’s sheep at the ready. At the proper moment, each ritually slaughters his Passover sacrifice in accordance with the instructions in the Book of Exodus.

Organs are placed on the grate placed over a burning pit. The blood of the sheep is dabbed on the forehead of each supplicant to ward off the Angel of Death.

The slaughtered, skinned and trussed sheep are eventually placed in a large pit to roast, while the participants sing the Song of Miriam in Aramaic.

Each family who attends receives meat from the ancient ceremony. 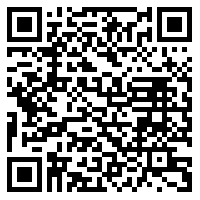