AIPAC apologized for and removed at least four ads it sponsored on Facebook that slammed “radicals in the Democratic Party.”

“We offer our unequivocal apology to the overwhelming majority of Democrats in Congress who are rightfully offended by the inaccurate assertion that the poorly worded, inflammatory advertisement implied,” said AIPAC in a statement that it shared on Twitter on Saturday.

“We deeply appreciate the broad and reliable support that Democrats in Congress have consistently demonstrated for Israel. The bipartisan consensus that Democrats and Republicans have established on this issue forms the foundation of the US-Israel relationship,” read the statement. “The ad, which is no longer running, alluded to a genuine concern of many pro-Israel Democrats about a small but growing group, in and out of Congress, that is deliberately working to erode the bipartisan consensus on this issue and undermine the US-Israel relationship.”

“We regret that the ad’s imprecise wording distorted our message and offended many who are deeply committed to this cause. We look forward to continuing our work with friends in Congress to strengthen the US-Israel relationship and oppose any efforts to undermine its deep, bipartisan support.”

An AIPAC spokesperson told the Jewish Telegraphic Agency that the apology also applied to three other Facebook ads.

One of the ads read, “The radicals in the Democratic Party are pushing their anti-Semitic and anti-Israel policies down the throats of the American people. American should never abandon its only Democratic ally in the Middle East. Sign the letter to Democrats in Congress — don’t abandon Israel!”

The same text was used in another ad and was attached to a collage featuring Reps. Ilhan Omar (D-Minn.), Rashida Tlaib (D-Mich.) and Betty McCollum (D-Minn.).

Omar and Tlaib support the anti-Israel BDS movement, while McCollum has accused Israel of being an “apartheid state” and introduced a bill in November 2017 that would have mandated the U.S. government to certify that its military funding to Israel is not used for “Israeli military’s ongoing detention and mistreatment of Palestinian children.”

The three congresswomen voted against a resolution in July condemning BDS. 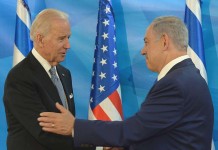 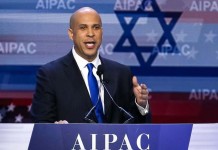 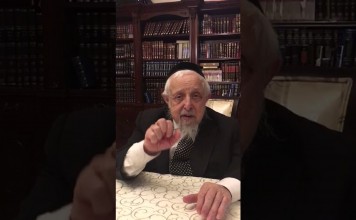