On Tuesday, the seventh day of the Hebrew month of Cheshvan, the nation of Israel will celebrate Aliyah Day.


It is not by chance that the day falls on that date, says Yishai Fleisher, international spokesperson for the Hebron Jewish community and also the person who invented the holiday.

The day is marked each year on the Tuesday prior to the Sabbath on which the Torah portion of “Lech Lecha” is read, “the original day of aliyah,” Fleisher tells JewishPress.com in an interview Monday evening.

This Torah portion relates the directive that God gave to the Biblical Patriarch Abraham, telling him, “Go from your land, from your birthplace and from your father’s house, to the land which I will show you.”

And so he does.

Established to acknowledge immigration to the Jewish State as a core value of the State of Israel and to honor the ongoing contributions of Jewish immigrants to Israeli society, Aliyah Day is an “eternal testament to that continuing Zionist saga of the Jewish people coming home, and every child should be proud of it,” Fleisher says.

There are only perhaps ten families in Israel who never made yerida – never left the Land of Israel – and who have maintained a continuous presence in this country since antiquity, he points out.

“Cheshvan is also a good time to mark the day because there are not many other activities in the schools during that month – it’s right after Tishrei and all the holidays – and Cheshvan has no holidays on the Hebrew calendar,” he says.

When Fleisher wrote the law for the Knesset, together with then-MK Yaakov “Ketzaleh” Katz he says, “We were hoping that this would be something that would also be celebrated in the Diaspora, a focal point for schools to celebrate immigration to Israel. Aliyah is a continuing battle; we wanted a reason for people to discuss it, to bring it up and to remember there is a continuing yearning for Eretz Israel.”

The original law failed to pass in 2010, as Katz was in the opposition, but in 2016, a different group of MKs, Miki Zohar (Likud), Hilik Bar (Labor), and Michael Oren (Kulanu), brought a variation of Fleisher’s bill to a vote in the Knesset and it passed.

According to data released Sunday by Israel’s Immigration Authority and the Jewish Agency, immigration to the Jewish State has increased by 31 percent so far in 2021 over the previous year.

There have been 3,104 new olim who made the move from the United States, an increase of 41 percent over the first nine months of 2020.

More than half of the immigrants to Israel this year are under age 35.

But the largest number of Jewish immigrants (5,075) came from Russia this year. There were 2,819 new immigrants from France (55 percent increase) and 1,589 immigrants from Ethiopia, due to Operation Tzur Israel – the government initiative to bring home members of Ethiopia’s Jewish community.

Aliyah Day is marked by Israelis, including many lawmakers, sharing their personal aliyah stories, and discussions of how their immigration has impacted the country and its society.

“It’s almost exactly how I envisioned it,” Fleisher says. “We were hoping every school child should feel the heroism and the power and the courage that it took to leave Russia, Morocco, Yemen, New Orleans, Greece and everywhere from the four corners of the world,” the Biblical ingathering that God promised. 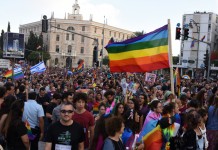 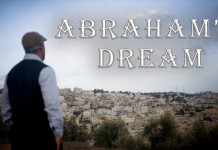 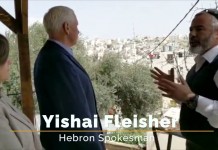 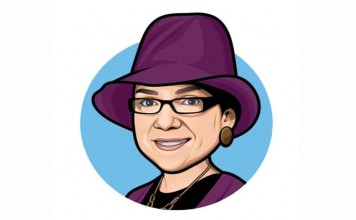