In an in-depth interview with Zman Israel that was conducted last Thursday and published Sunday, Deputy Minister of Economy and Industry Yair Golan, who is challenging Health Minister Nitzan Horowitz for the chairmanship of Meretz, suggested that the term “Smolan,” Hebrew for “leftist,” is a diminishing expression, there is no parallel to it on the right. It’s a bit like calling a dark-skinned person ‘N*****’ in the United States. This is something that’s meant to humiliate and trample on you, and it should be fought. That’s why I think I should lead Meretz, because I am very militant on this issue and I think the left should fight for its honor and not give up.”

Golan is correct in arguing that “Smolan,” or “Smolani,” has a darker (no pun intended) meaning in Hebrew. It is derived from the name Samael, the angel of darkness. In general, in Hebrew, the left side is associated with evil and darkness, and the right with goodness and light.


The terms “left” and “right” in their political connotations appeared during the French Revolution of 1789 when members of the National Assembly were divided into supporters of the king to the assembly president’s right and supporters of the revolution to his left. One deputy, Baron de Gauville, explained: “We began to recognize each other: those who were loyal to religion and the king took up positions to the right of the chair so as to avoid the shouts, oaths, and indecencies that enjoyed free rein in the opposing camp.”

Strangely enough, a century later, the political left adopted the color red to represent its ideals – the same color that’s associated with Samael.

In a sense, Yair Golan is the leftist version of Itamar Ben Gvir.

Golan’s goal of legitimizing the word “Smol” in Israeli politics after decades of berating during which the establishment’s left-leaning parties have attempted to deny their leftist association, goes hand in hand with the former IDF deputy chief of staff’s eagerness to take the fight between left and right to the streets. In a country where about 70% of the Jews identify as traditional, that’s a gutsy move – which could pay off, considering Meretz’s main competitors are Labor and the Joint Arab List. By taking an extreme and combative stance, wearing his anti-Rabbinic sentiments as an armband, and waving the red flag of Israeli secularism, Golan might stir up ancient emotions in the hearts of Kibbutzniks and Dizengoff Street café sippers.

Yasmin Levy wrote in Haaretz last Friday that what Meretz needs to win is not to play nice, but dirty, under the leadership of a feisty politician like Golan who warns about Israel becoming like Nazi Germany and calls settler activists “subhuman.” In a sense, Yair Golan is the leftist Itamar Ben Gvir who captures the hearts of his voters even though said voters have no idea what he plans to do about the cost of living or the housing crisis.

“Meretz may think it’s beneath it to ‘get dirty’ in this war of tangible-existential consciousness, but Golan understands that there is no other choice if one wants to save democracy from Yariv Levin’s junta (Levin is considered Netanyahu’s consiglieri – DI),” Levy wrote, adding, “Meretz’s enemy was always its puritanism and excessive righteousness. … If Meretz thinks, despite this, that Golan does not deserve to lead it – maybe it’s really time for the party to go on an unlimited hiatus.” 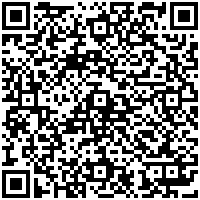