Palestinian Authority officials expressed rage and frustration after Israel announced that it would not to renew the mandate of the Temporary International Presence in Hebron (TIPH), an international force that has been accused by Israel of acting against it.

Prime Minister Benjamin Netanyahu decided Monday evening not to extend the mandate of the TIPH observer force, which ends this month.


“We will not allow the continuation of an international force that acts against us,” he stated.

In response, PA presidential spokesman Nabil Abu Rudeineh charged that Israel “has abandoned the implementation of agreements signed under international auspices and its obligations under these agreements, which is rejected and is unacceptable.”

He demanded that the countries sponsoring the agreement “take a clear stance from this grave Israeli position and to immediately act to pressure the Israeli government to continue implementation of the agreement as agreed and not to treat Israel as a state above the law.”

Abu Rudeineh further charged that “Israel, by its disregard for all signed agreements and its refusal to abide by its obligations, persists in creating an environment for escalation in tension and chaos in the region with unpredictable results.”

TIPH’s mission states that its purpose since it was created in 1997 is to support Israel and the Palestinian Authority “in their efforts to improve the situation in Hebron and to create a sense of security for the Palestinians in Hebron.”

However, it often serves as a body that operates against the IDF and the Jews of Hebron, including the alleging of human rights abuses and violations of the Oslo Accords and UN resolutions. Many of the observers come from Turkey, which is outwardly hostile towards Israel.

The police report stated that the members of the delegation interfere with the soldiers’ activities at checkpoints and with other security-related activities, that the Palestinians exploit the organization and its political views to file false complaints against the army and the police about human rights violations and alleged incidents of assaults and violence.

The report further noted that members of the delegation are paid a high salary and are apparently trying to justify their activities and their presence in the area by creating a semblance of friction which they are handling.

The observer mission has also been running joint tours of Hebron with Breaking the Silence for groups of diplomats and left-wing activists.

Netanyahu’s decision to end TIPH’s mandate was warmly welcomed in Israel, with the Yesha Council, the umbrella organization of the Israeli communities in Judea and Samaria, stating that the TIPH force “worked tirelessly against the Israeli residents of Hebron and physically harmed them and damaged their property” and were therefore happy to see them leave.

“This is important news for the State of Israel that this organization, which has been active against the State of Israel for many years, will no longer be part of the landscape in the region,” the group stated, adding that they are “waiting impatiently to see the force depart from Hebron in the near future.” 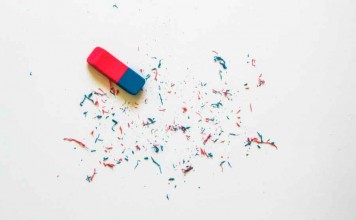 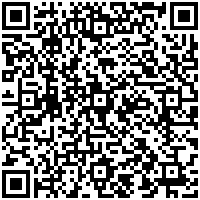