At one point in time, it appeared certain that Livia Shacter won’t make it to her 28th birthday. Forced into a labor camp in Auschwitz at age 27, Shacter did not imagine that 73 years later she would be celebrating her 100th birthday in the Jewish state.

Shacter was born in 1917, in what later became Czechoslovakia. At 27, after her family had been moved to a ghetto, they were then transferred to Auschwitz. Her mother and father were immediately taken to the gas chambers, and two of her brothers perished later.


Shacter survived the camp’s forced labor and was liberated in 1945, eventually moving to the United States, where she raised a family and lived for more than 50 years.

In 2010, Shacter decided to fulfill a lifelong dream and make Aliyah to Israel with Nefesh B’Nefesh. She now resides in Beit Shemesh, near Jerusalem, with one of her two daughters, and has just celebrated the birth of her 56th great-grandchild.

The Melabev Foundation, a nonprofit that assists Israel’s elderly and those with alzheimers and dementia, will host Livia Shacter’s 100th birthday celebration at their local Beit Shemesh branch on Tuesday, April 25, the day after Israel’s Holocaust memorial day, at 11:30 AM.

“Livia is a shining example of a woman who, despite witnessing the unspeakable evil of the Holocaust, did not give up her dream to live in Israel,” said Rabbi Yehoshua Fass, Co-Founder and Executive Director of Nefesh B’Nefesh. “We wish her many years of well-being together with her children, grandchildren and great-grandchildren here, in the State of Israel.” 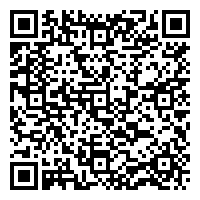