In 2009, the Israeli government unanimously selected Bar-Ilan University to open the country’s fifth medical school and its first new medical school in 34 years, in the northern Galilee city of Tsfat. The socioeconomic and health disparities of the north, and the need to enhance the physician workforce and health system to serve a diverse Arab and Jewish community contributed to this historic decision.

From the outset, family medicine and population health have been key components of Bar-Ilan’s Azrieli Faculty of Medicine, with a mission to embrace the community, upgrade health care, and effect positive change in the region.


Project Raphael, a novel social incubator for improving health in disadvantaged regions, was the Faculty’s flagship community initiative, aiming to create academic-community partnerships to define and address the region’s most pressing health needs. Established by Prof. Mary Rudolf, a former head of the Faculty’s Department of Population Health, Raphael offers local community and health organizations an opportunity to define the most pressing problems in their communities, and to develop creative solutions. When the Project was first announced, ninety organizations submitted proposals. Thirteen were accepted. Personalized academic consultation and support was provided by Prof. Rudolf and team, along with modest seed funding by generous benefactors.

Prof. Rudolf and her research team, including Dr. Jumanah Essa-Hadad and Dr. Sivan Spitzer-Shohat, closely tracked the progress of the 13 organizations in achieving their goals and recently published their findings in the journal BMC Public Health. Twelve of the projects were completed, and all were successful to differing extents. Tangible improvements in health for disadvantaged populations in the Galilee resulted. Three of the most successful projects subsequently received grants from external competitive funding sources and have extended their projects locally and even nationally. The nine others continued their projects locally over time. The goal of reaching vulnerable populations across the Galilee was reached, and a constellation of health promoting activities was implemented.

One such success story is Al-Manal, an NGO which works to empower physically disabled Arab women. In Arab communities, disabled women are often socially isolated and lack self-confidence. Al-Manal’s project was to train physically disabled Arab women to raise awareness regarding their health needs and advocate for equal health care and services. Prof. Rudolf and team found that Raphael gave the 12 women who participated the skills and confidence to speak out and address health care managers and professionals, local community leaders and decision makers, high school staff and students, among others. The project also had a significant impact on their social lives, resulting in the formation of strong social relationships, a sense of group belonging, and a decrease in feelings of isolation. In fact, following participation in the project, a number of participants made life-changing decisions, even applying for university. The organization went on to approach larger funding bodies and secured sustainability by receiving a $25,000 grant from the U.S. Embassy Middle East Partnership Initiative program.

“The Raphael Project has demonstrated that the concept of a ‘social incubator’ can be successful in bringing about health benefits to disadvantaged communities. It is also a way for medical schools to engage with the community and create productive academia-community partnerships with minimal resources,” says Prof. Rudolf. “Medical schools have an important potential to impact upon the lives of people and upon the surrounding community.” 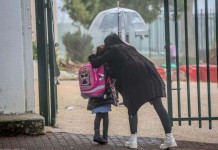 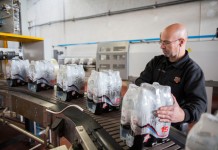 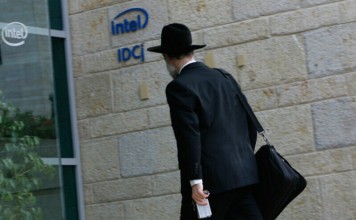