A senior official in the BDS movement has admitted that the “boycott” of Israel is limited to areas that don’t hurt the boycotters too much.

In a series of emails obtained by The Jewish Press, a leader of the BoycottIsrael.info website confirmed that “the BDS campaign, supports a boycott of Israeli institutions, not a blanket boycott of all Israeli individuals.”


The emails were prompted by a news article about Israeli doctors from Haifa who volunteered their time in May to treat hundreds of patients in northern Ethiopia. BDS activists were asked whether Ethiopians would have correctly boycotted the Israeli doctors, in order to show their disgust with the Zionist enterprise and support for the “Palestinians”.

The BoycottIsrael website calls for “Supporting the Palestinian BDS call from Within, and claims to be inspired by the South African struggle against apartheid. The website authors are “especially opposed to the international community’s decision to boycott the Palestinians in the Occupied Palestinian Territories,” but not to Hamas attacks on Israeli civilians or to the abduction of teenagers in the name of “national liberation”). They say that “the ‘occupation’ will end only when its cost for Israelis, its elites in particular, outweighs the benefits.”

Seems, however, that even BDSers recogniser the benefits of Israeli expertise, not only for “Israeli elites,” but also for “oppressed” Palestinians: “I’ve never heard a Palestinian civil society call for people not to receive urgent medical treatment from someone,” wrote Ofer N. an anonymous individual who responded to the ‘contact us’ email form on the website.

But when challenged on the scope of the boycott – the maxillofacial surgeries were not emergency procedures, and the doctors in question visited Ethiopia as representatives of Rambam Medical Center in Haifa – Ofer confirmed that the “boycott” was limited to those areas where boycotters aren’t too inconvenienced.

“I have never heard a Palestinian civil society call for people not to receive urgent medical treatment from someone,” Ofer repeated. “(But) when it comes to everyday matters, as opposed to emergency, people all over the world are asked to boycott Israeli institutions, including Rambam hospital.”

Q: Do the “everyday matters” you boycott include the use of mobile phone and computer technology, much of which can be traced directly back to Israeli companies?

A: As for Intel and others, there are campaigns in which people are asked to look for alternatives. 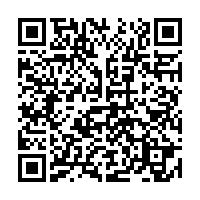