The case in question stems from divorce proceedings currently before the Israeli family court. Last year, the civil court ruled that both parents must agree to the traditional brit mila procedure, but the father challenged the ruling in the rabbinical court. The latter ordered that the baby be circumcised, and levied a NIS 500 fine against the woman for every day she refused to submit the baby to be circumcised.


In a dissenting opinion, Justice Elyakim Rubinstein wrote, “the Jewishness of a Jewish boy is one of the matters that can be included in divorce, for if we rule otherwise, [this would mean that] a parent cannot include a cardinal and essential subject regarding his decision about the life of his child in the separation arrangements from his spouse – which in my eyes is inappropriate.”

In the political arena, reaction to the ruling came fast and furious. Chief Sephardic Rabbi Yitzhak Yosef called the ruling a landmark “yet another worrisome escalation in the ongoing trend, in recent years, to limit the authority of the Rabbinical Court. “

“Our forefathers, who sacrificed their lives for this commandment for thousands of years, did not dream that the state they hoped for would prevent a Jewish father from circumcising his son.”

On the Ashkenazi side of the spectrum, MK Meir Porush (United Torah Judaism) claimed that “In the political climate that the present government exudes, with new anti-religious bills being presented on a weekly basis, it is only natural that the High Court would continue with its rulings that contradict the Jewish heritage and our right to exist here as Jews, and contribute to the division of the nation.” 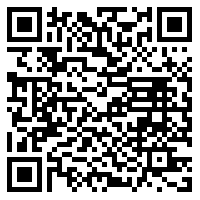