Hundreds of scattered Bedouin residents of Bir Hadaj, who built illegally on state and privately owned Jewish land, on Thursday blocked the Mashabei Sadeh Junction on Route 40 in protest against the demolition of the illegal homes.

According to Regavim, MK Talab Abu Arar (Joint Arab List) led the blocking of the junction and the riot that ensued. According to Regavim, on Monday this week, local residents received a statement from a senior police officer – who apparently was aware of the plan to block the highway, but not ready to do anything to prevent the disruption – advising residents to “save on traveling and not cross at the junction during these hours (specified in the announcement), in order to maintain the proper course of life and for the sake of not harming the normal routine.”

The letter stated that “preventing the movement of vehicles in the area of ​​the demonstration constitutes a severe violation of the freedom of movement and the fabric of life of the residents of the area and the passengers on Highway 40 and nearby routes.”

The police did not respond to the urgent request, and did not prepare to act as traffic jams mounted along the roads connected at the intersection.

Netanyahu: Nasrallah Will Pay a Heavy Price If He Dares to Attack Israel 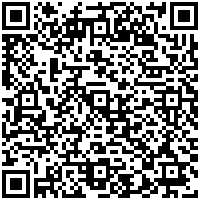