According to a report by the Regavim movement, officials in the housing ministry’s planning commission have recently designated a plan for the construction of a future school, deep in the heart of an illegal Bedouin shantytown Rahma in the Negev, which will de facto establish the illegal settlement as legal.

During the 1980s, families from the Azazma tribe settled in close proximity to the city of Yeruham and established illegal structures there. The unrecognized Bedouin village is located in the area of the Yeruham Local Council and is divided into three settlements: one on either side of Route 204, at the northern exit from Yeruham towards Dimona; one along Route 224 on the northwest exit of Yeruham; and one east of the industrial zone of Yeruham. Most of the squatters in the third illegal settlement are engaged in agriculture and shepherding, but some have found work in Yeruham.

The settlement never received legal approval or recognition from the State of Israel, which determined that the squatters should be move to the settlement of Segev Shalom, with financial compensation and a free lot for each household.

For many years, the squatters have been trying to fight the state’s decision and remain in place in the hope of grandfathering their rights to the land, but until the report in question these attempts have been stopped by the municipality and the state government.

Rahma is not the first illegal Bedouin shantytown to use a school as grounds for permanent residence. It is, in fact, the Bedouin communities’ modus operandi, as could be seen in the Khan al-Ahmar illegal settlement between Maale Adumim and Jerusalem in area E1. After the construction of a school is completed, new outpost—villages and towns, all illegall—start popping up almost overnight around it.

Amichai Yogev, coordinator of the Southern Sector of the Regavim Association stated that “setting up the school is a stubborn attempt to seize an area illegally, even though the government has ruled otherwise. The state has allocated enormous resources, and many plots of land within existing settlements, to absorb the residents of the Bedouin communities. There is no reason to establish new settlements on additional state lands and not take advantage of existing resources.” 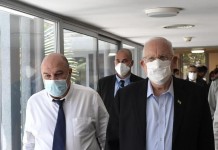 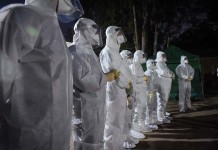 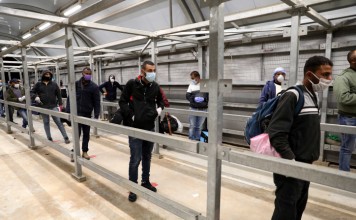