Alon Ushpiz, Director-General of Israel’s Ministry of Foreign Affairs, thanked the treasurers of seven US States for calling on Unilever to reverse the “ill-conceived decision” by Ben & Jerry’s to boycott Israel.

Unilever stated in July that it was ending sales in Israel as “we believe it is inconsistent with our values for Ben & Jerry’s ice cream to be sold in the Occupied Palestinian Territory.”


Avi Zinger, the Israeli license owner, refused Ben and Jerry’s demand to withdraw his sales from Judea and Samaria. Unilever announced it would not renew his license.

The treasurers of Arizona, Idaho, Oklahoma, Nebraska, West Virginia, Louisiana and Mississippi sent a letter to Unilever CEO Alan Jope and the company’s board of directors on Thursday demanding that it override its subsidiary Ben & Jerry’s decision on the issue.

“We, the undersigned, respectfully request a response that provides full clarification and transparency regarding Unilever’s ability to override the discriminatory boycott of Israel initiated by Ben & Jerry’s in light of the aforementioned letter and an explanation of why Unilever has yet to do so,” the letter read.

In his statement thanking the seven officials, Ushpiz noted that “discriminatory actions promote division. We seek dialogue and inclusion aimed at promoting peace.”

Some 35 states in the US have anti-Israel boycott laws, and so far at least four, including Arizona, Texas, New York have announced they are taking action or considering divesting from Unilever, Ben & Jerry’s parent company.

New Jersey has announced that it was on the path to follow suit, and Florida, Illinois, Maryland, and Rhode Island have launched similar proceedings.

Israeli President Isaac Herzog stated in July that “the boycott against Israel is a new type of terrorism, economic terrorism, terrorism that seeks to harm Israeli citizens and the Israeli economy. We must oppose this boycott and terrorism of any kind.” 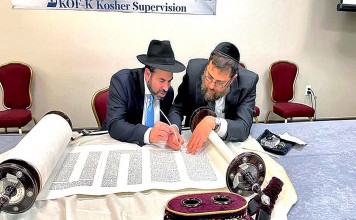 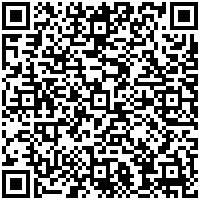