The Reut Group’s Firewall Israel team released its November 2018 report, “The New Frontiers of Community Relations: A Conceptual Framework,” arguing that strengthening the community relations field is the key to addressing challenges within the Jewish community — and the most effective platform for combating contemporary anti-Israel movements.

The Reut Group is a strategy and leadership group that focuses on making sense of the fundamental challenges facing Israel and world Jewry and leading transformative social change.

The growing rift between Israel and world Jewry has significantly contributed to the erosion of Jewish communal cohesion and increasing polarization of the US Jewish community, according to a Reut press release. This rift undermines the political strength and efficacy of the Jewish community by increasingly jeopardizes Israel’s bi-partisan status. Moreover, American Jews increasingly see threats to Israel’s legitimacy as a scare tactic used by Israel to avoid criticism or simply not relevant to the concerns of the American Jewish community.

According to the CEO of the Reut Group, Eran Shayshon, the irony is that, “This happens when a noteworthy cohort of Jews are experiencing anti-Semitism from the left for the first time. By-side a clear call to the Government of Israel to internalize that most Jewish criticism comes from a feeling of belonging and responsibility, we argue that some anti-Israel activity in the US is deeply rooted in anti-Semitism, and if not contained, will eventually manifest as a direct threat to the Jewish community.”

Shayshon added that “this challenge creates a unique opening to reconnect across dividing lines within the Jewish community and to re-engage with Israel in new and innovative ways.”

The Reut report aims to elevate the community relations field at large, and was written following a partnership with the Jewish Council for Public Affairs (JCPA). 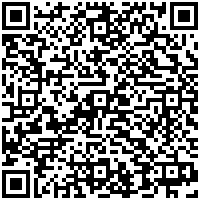