Poor Prime Minister Naftali Bennett, he just squeaked through a major crisis up north with Hezbollah firing dozens of rockets at IDF outposts and civilian centers, a barrage of incendiary balloons flown from Gaza into Israeli fields and forests, only to be hit on the head by one of the cluster of Arab members of his coalition government, MK Ghaida Rinawie Zoabi (Meretz) from Galilee, who announced on the Arab-language channel of Israel’s Kan 11 public broadcasting system: “Bennett knows that if the government goes to a military confrontation – the coalition will fall because both Meretz and Ra’am would not agree to such a thing.”

“The presence of Meretz and Ra’am in the coalition limits the harshness of any military decision,” she stressed.

This may be a good place to remind our readers that on June 1, speaking to two Channel 20 interviewers, another Meretz Arab MK, Minister of Regional Cooperation Issawi Frej, calmed Jewish concerns about that exact issue, saying, “I want to tell you only one thing. Any rocket that targets the State of Israel hits both Arabs and Jews. And the rockets that fell in the south, I and my family went into the bomb shelter. The rocket does not skip over Muhammad and hits Moshe, they’re all under the same threat.”

Not according to MK Ghaida Rinawie Zoabi, apparently, who went about cutting her prime minister down to size with the skill of a French bouchère: “It’s in the coalition agreements. The government has agreed that it would only deal with economic and civil matters.” And to flamboyantly fillet Naftali comme-il-faut, she testified: “If Netanyahu were the prime minister – the government’s response (to the Hezbollah rockets – DI) would have been stronger.”

At the end of the interview, she added, as if she were on the payroll of Otzma Yehudit (stranger things have happened, by the way): “Bennett understands today, and this is my interpretation, that his right-wing voter has disappeared and will not return, so he needs to understand that he is closer to the left.”

Bennett’s mortal enemy, MK Bezalel Smotrich (Religious Zionism), quickly tweeted in response: “Very dangerous,” followed by: “Everyone knows that the people he places around him in key positions in the sensitive circle of decision-making greatly influence the policies he leads. Bennett deliberately distances himself from right-wingers and places left-wingers in sensitive political and security positions (Excuse me for not buying the bluff of the term “center people”).”

Zoabi was placed in the fourth slot of the Meretz Knesset list in last March’s elections. The party won six seats, with two Arabs. Calling her “key decision-maker” is a tad overblown. She has no committee chairmanship and participates in only two committees: Finance, and Arab affairs. But for whatever reason, she felt the need on Sunday to wag her finger in Bennett’s face on Arab radio, for internal consumption.

Incidentally, during the campaign, Zoabi wagged her finger in the face of her own party chairman, now-Health Minister Nitzan Horowitz, when she refused to support his legislation to prohibit gay conversion in Israel. This got even more painful considering Howrowitz is openly gay.

Back in March, Zoabi walked back her gay-conversion statement, declared that she wholeheartedly supports the LGBTQ community and her statement had been plain wrong. So there’s a good chance she would walk this one back as well if Naftali Bennett should twist her arm. 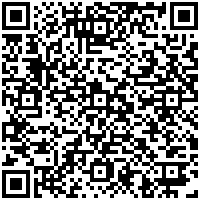