Police in Dubai will use the Petach Tikvah-based drone company Airobotics to help increase security at the UAE’s World Expo in October, reported The Jerusalem Post.

Airobotics said on Thursday that its system of drones, including a variety of automatic drones, will be deployed throughout the city to help secure the World Expo, which is expected to attract as many as 25 million visitors over the span of five months. The autonomous fleet will replace security personnel and reduce police response times from 4.4 minutes to 1 minute.


Shortly after the signing of the Abraham Accords last year, Dubai chose to test run the Airobotics system for ordinary security monitoring. Dubai ruler Sheikh Mohammed bin Rashid Al Maktoum gave his final approval for the use of Airobotics on Wednesday.

“We are proud that millions of tourists, including scores of officials and heads of state who are expected to attend this year’s World Expo in Dubai, will benefit from the Airobotics system,” said Jon Medved, CEO of OurCrowd, which invests in Airobotics. “This is truly the best stage on which to demonstrate the capabilities of the Drone Box, which can be applied in tens of thousands of cities around the world.”

The World Expo, which Israel will also participate in, was delayed for a year because of the coronavirus pandemic. 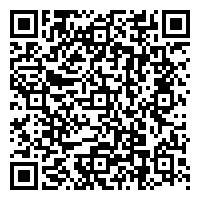