El Al on Sunday morning introduced its 16 new long-haul, mid-size widebody, twin-engine jet airliners – the Boeing 787 Dreamliner. The 787 was designed to be 20% more fuel efficient than the Boeing 767, which it will replace. The 787 Dreamliner’s distinguishing features include mostly electrical flight systems, raked wingtips, and noise-reducing chevrons on its engine nacelles.


A new 787 will be inducted into service every quarter. The new planes will first fly on the company’s London route, and later this year on the Newark line. By the beginning of 2018 the new planes will enter the Hong Kong route.

Business Class, with 32 bed seats, 4 seats in each row, each seat with access to the aisle and a 16″ touch screen.

Premium Economy Class, with 28 seats, 7 seats in each row, the rows spaced 38″ apart—roughly 8″ more than in economy. Ticket sales for this new class will begin on July 3, 2017.

Economy Class will offer 222 seats, equipped with a world-class entertainment system and spacious seats. Each row will have 9 seats and the space between the rows will be 31″.

Transportation Minister Yisrael Katz (Likud) said at the launch event: “The entry of 16 of the world’s most advanced Dreamliner airplanes will provide a new experience, positioning El Al on a par with the best airlines in the world.”

Israeli ‘Air Force One’ Ready for Takeoff Within Two Weeks 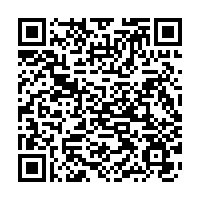