A rare workshop for the production of chalkstone vessels, dated to the Roman period, is currently being excavated at Reina in Lower Galilee. The excavations are unearthing a small cave in which archaeologists have found thousands of chalkstone cores and other types of production waste, including fragments of stone mugs and bowls in various stages of production.

The ancient site was uncovered during the course of construction work at a municipal sports center conducted by the Reina local council. This is the fourth workshop of its kind ever to have been uncovered in Israel; an additional workshop is currently being excavated near Reina, located one kilometer from the current site. The two remaining known sites were uncovered decades ago far to the south, in the Jerusalem area.


According to Dr. Yonatan Adler, Senior Lecturer at Ariel University and director of the excavations on behalf of the Israel Antiquities Authority, “in ancient times, most tableware, cooking pots and storage jars were made of pottery. In the first century of the Common Era, however, Jews throughout Judea and Galilee also used tableware and storage vessels made of soft, local chalkstone.”

The reason for this curious choice of material seems to have been religious, as Adler explains: “According to ancient Jewish ritual law, vessels made of pottery are easily made impure and must be broken. Stone, on the other hand, was thought to be a material which can never become ritually impure, and as a result ancient Jews began to produce some of their everyday tableware from stone. Although chalkstone vessels are well-known at many Jewish sites throughout the country, it is extremely unusual to uncover a site where such vessels where actually produced. Today we are excavating a second site near Reina, located one kilometer from here. Until today, only two other similar sites have been excavated, however both of these were in the area of Jerusalem. Our excavations are highlighting the pivotal role of ritual purity observance not only in Jerusalem but in far-off Galilee as well.”

The excavations have revealed an artificially hewn cave from which ancient workers quarried the raw material for the chalkstone vessels. Ancient chisel marks cover the walls, ceiling and floor of the cave. Inside the cave and on the ground nearby are strewn thousands of stone cores, the ancient industrial waste from stone mugs and bowls produced on a lathe. Hundreds of unfinished vessels were also found, apparently damaged during the production process and discarded on-site.

According to Adler, “The production waste indicates that this workshop produced mainly handled mugs and bowls of various sizes. The finished products were marketed throughout the region here in Galilee, and our finds provide striking evidence that Jews here were scrupulous regarding the purity laws. The observance of these purity laws was widespread not only in Jerusalem, but also throughout Judea as well as Galilee at least until the Bar Kokhba rebellion which ended in 135 CE. The current excavations will hopefully help us answer the question of how long these laws continued to be observed among the Jews of Galilee during the course of the Roman period.”

Yardenna Alexandre, an archaeologist at the Israel Antiquities Authority who specializes in the study of Roman Era Galilee adds: “Throughout the years we have been discovering fragments of these kinds of stone vessels alongside pottery in excavations of houses in both rural and urban Jewish sites from the Roman period, such as at Kafr Kanna, Sepphoris and Nazareth. Now, for the first time, we have an unprecedented opportunity to investigate a site where these vessels were actually produced in Galilee.” According to Alexandre, “The fact that Jews at this time used stone vessels for religious reasons is well attested in the Talmudic sources and in the New Testament as well.” She explains that the phenomenon appears in the Wedding at Cana narrative in the Gospel of John, where the water-turned-to-wine is told to have been held in six jars made of stone: “Now there were six stone water jars set there for the Jewish custom of purification, containing twenty or thirty gallons each” (John 2:6).

A tantalizing link to the Gospel narrative lies in the location of the excavations at Reina just south of the modern village of Kafr Kanna, identified by many scholars as the site of Biblical Cana. “It is possible that large stone containers of the type mentioned in the Wedding at Cana of Galilee story may have been produced locally in Galilee” says Alexandre. 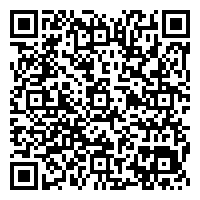