A decision was made by Israeli health officials this weekend not to allow tourists arriving from South Korea and Japan Saturday evening to enter Israeli territory.

Almost 200 foreign nationals who arrived on a Korean Air flight from Seoul at 7 pm were not permitted to disembark from the plane; after refueling the aircraft was expected to immediately return to South Korea.


The 12 Israelis who returned Saturday night were required to self-quarantine at home or in a medical setting for 14 days, according to the Health Ministry.

All were transported to their homes by Magen David Adom ambulances with personnel specially trained and outfitted with clothing designed to minimize the risk of infection.

Director-General Moshe Bar Siman Tov spoke with reporters at a news conference held following news that a delegation of nine South Koreans were diagnosed with COVID-19 upon their return from Israel.

Israeli Ambassador to China, Zvi Hefetz traveled on board the same flight to Seoul as the nine South Koreans who were diagnosed with COVID-19; he is to remain in quarantine in Beijing, according to Israel’s Foreign Ministry. Other embassy staff will not be limited, however.

Bar Siman Tov said the virus could spread in Israel after the visit by the delegation, which toured sites that included the Cave of the Patriarchs in Hebron, the city of Jerusalem (including Grand Court Hotel), the city of Nazareth, (including St. Gabriel Hotel), the town of Caesarea, the David Tower Hotel in Netanya; Masada National Park (including The David Dead Sea Resort); and The Leonardo Hotel in Be’er Sheva.

“We examined the rate at which the [COVID-19] spread in South Korea began to rise and climbed rapidly over the past day. In Japan as well, there has been an increase in cases. We strongly recommend reconsidering any trips [to those countries], Bar Siman Tov told reporters.

“The directive that applies to China now also applies to South Korea and Japan,” he said. The self-quarantine order also applies to Israeli nationals returning from Hong Kong, Macau, Thailand and Singapore.

The Population and Immigration Authority told Ynet it is trying to compile a list of names of all the passengers who were on the same flights as the South Korean delegation.

Prime Minister Benjamin Netanyahu has also scheduled a special assessment on the COVID-19 coronavirus for Sunday morning at the Health Ministry situation room with Health Minister Yaakov Litzman, along with other government ministers, ministry director generals, hospital directors and other senior officials.

Last Wednesday the prime minister held a similar meeting on the same subject.

“Our policy is to prevent or postpone – as far as possible – the entry of the virus to Israel,” Netanyahu said at that time.

“Moreover, I ask that the Finance Minister compensate the businesses that have been hurt, such as airlines and any other body… We, as a nation, must deal with those who have been hurt in this matter, including citizens who have been infected and require special treatment, and, of course, businesses as well.

“We will do whatever needs to be done, with a steady hand at the wheel, and I think that the citizens of Israel need to know that there is a serious network here, in my view it is one of the best if not the best in the world in dealing with this phenomenon,” Netanyahu said. 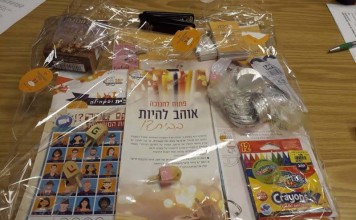