Defense Minister Benny Gantz is making his first official visit to Morocco Wednesday morning after the north-African country became one of four Arab states to sign a peace treaty with Israel. He told reporters before taking off Tuesday night that this is a “historic meeting,” where “We will sign cooperation agreements. We will continue to strengthen the connections. It is very important that this be a successful trip.”

The focal point of the visit will be an 11 AM meeting with Morocco’s Minister Delegate of National Defense Abdellatif Loudiyi, at the end of which the two will sign a defense MOU for “formalizing defense relations between the countries,” according to an Israeli official who spoke on the condition of anonymity.

Minister Gantz will also meet with the Inspector General of Morocco’s Armed Forces and later dine with the Minister Delegate of National Defense, Minister of Foreign Affairs, and officials in the defense establishment.

After a visit to the Moroccan Army’s First Infantry Airborne Brigade, Minister Gantz will meet with the country’s Minister of Foreign Affairs.

On Thursday, Gantz will visit the Talmud Torah synagogue in Rabat which also has a nursing home and is the last remaining active synagogue in the Moroccan capital.

The defense minister will board his plane home at 6 PM on Thursday. 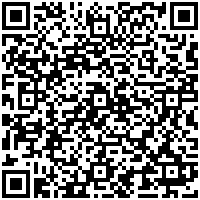