IDF Chief of Staff Gadi Eizenkot says women will not be allowed to integrate into the elite Golani combat brigade on the front lines of any battle as long as he is in charge of Israel’s Defense Forces.

Integration of women into the military is taking place, Eizenkot told cabinet ministers during a briefing on Monday, but “it needs to be limited to a certain extent.”


Eizenkot said he doubts women will be integrated into the combat units that fight on the front lines, such as the Golani, Givati, Paratroopers and Nahal Brigades.

Women account for fewer than 10 percent of the population of combat soldiers in the IDF, despite a three percent increase in female combat troops over the past four years, and an availability of 90 percent of the IDF positions being open to women.

According to the IDF, at least 38 percent of females who enlist in the military request evaluation for combat positions.

Eizenkot said the IDF has only one agenda, however: to be strong and victorious in wartime.

Soldier’s Father Complains Against MK Tibi for Hitting his Son 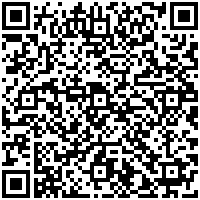