More than six months after the government shelved plans to create a defined space for non-Orthodox prayers at the Western Wall, preparatory work has begun near Robinson’s Arch at the southern section of the Wall.


According to the Israel Broadcast Corporation (Kan) Prime Minister Benjamin Netanyahu decided to begin the work despite an ongoing legal battle over the egalitarian prayer space since the government last June froze the so-called Western Wall Agreement to build a new plaza for mixed-gender prayers, due to opposition from Orthodox groups.

The High Court of Justice is due to rule on a petition by Reform and Conservative groups and the Women of the Wall who want the government to implement the Western Wall Agreement.

At a January 14 hearing, an expanded seven-judge panel indicated that it may side with the state if it moved ahead with the upgrade of the plaza even without certain elements such as a joint entrance from the main plaza that petitioners were demanding.

The egalitarian prayer space is to be built on a 9,700-square foot area running along a 31-foot segment of the Wall south of the existing Western Wall Plaza specified in the original framework. But the entrance will not be situated from the main area as non-Orthodox groups demanded.

It is unclear who will manage the new site; Non-Orthodox had demanded they be given control of the egalitarian plaza, but the Western Wall Heritage Foundation, an Orthodox organization that runs the main plaza, wants to retain control of the entire area.

Work is currently being carried out by the Israel Antiquities Authority, which has been contracted to establish the foundation for the new plaza. Sources involved in the matter told Tazpit Press Service that the IAA began the work two weeks ago. An IAA spokesperson declined to comment.

The decision to freeze the outline also cast the pall over relations between Israel and the Jews of the United States, the vast majority of whom are not Orthodox.

The Western Wall has been a flash point for protests between ultra-Orthodox protesters and non-Orthodox groups wanting to hold prayer services at the site for decades. Government representatives, Reform and Conservative rabbis, Knesset members and representatives of the Chief Rabbinate negotiated the deal over a period of two-and-a-half years, and the government’s refusal to implement the agreement has been a painful reminder to non-Orthodox groups of the haredi parties’ political power. 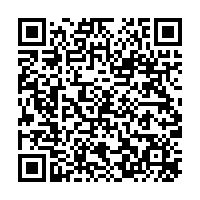